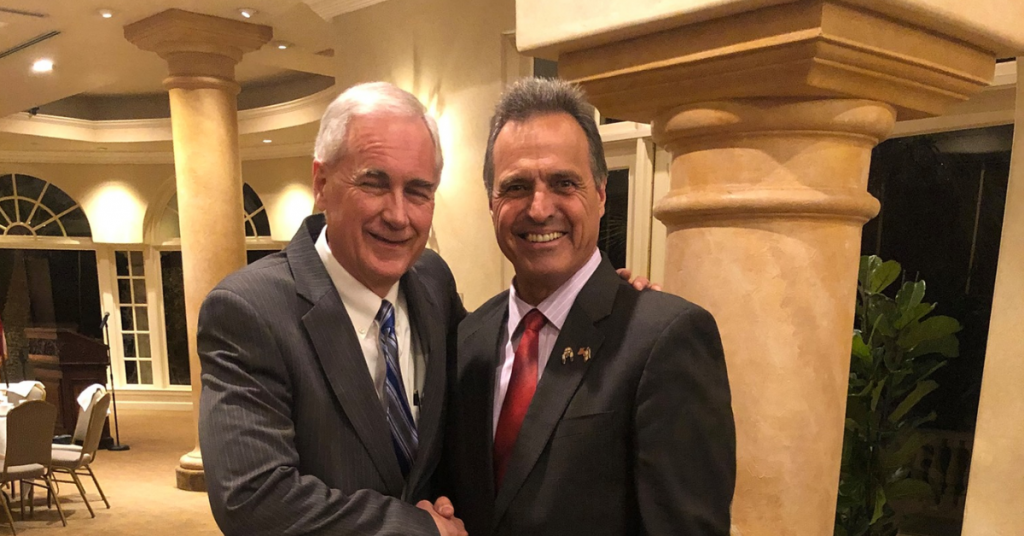 Has a campaign mailer in Madera County gone too far?

If you ask the women named in the mailer, the answer is yes.

Last week, Mark Reed, a candidate for the Madera County Supervisors District 5 seat, sent out a flier to 30,000 residents that argued voters needed to “vote to stop the progressive movement.”

Reed, a self-described constitutional conservative, alleged that an unnamed “opponent wants to ‘inflict change’ on our community.”

While Reed’s mailer did not specify which opponent he was directing the attacks at, Macaulay’s candidate statement in the county’s voter information guide states the following:

“After graduating from Yosemite High School and later earning degrees in Managerial Economics and Business Administration, I returned home to help the family insurance business. This is where I discovered my passion for inflicting positive change in our community.”

Reed’s mailer leaves out the word “positive” and reads as follows: “My opponent’s reason for running is his ‘passion for inflicting change in our community.’ Is this the kind of change you want?”

Accompanying the statements on the flier is a list of people who Reed describes as Macaulay’s “most vocal supporters from the Far Left that he doesn’t want you to know about.”

Thursday, those residents – all women – held a press conference in downtown Fresno to push back against Reed and call for an apology.

Community activist Loralee Bergdall organized the conference and spoke one behalf of three of the women who did not attend as they wished to remain anonymous.

Reed’s flier identifies them as separately being associated with the Yosemite Democrats, the Democratic Socialists of America Peace and Freedom Party and Oakhurst LGBTQ+.

The two women named on the flier who were in attendance are Sarah Roemer and Kriszti Mendonca, who are accused of being members of “the Witches and Warlocks.”

Witches and Warlocks is an annual paddle boat event on Bass Lake to celebrate Halloween. Dozens of people dress up in costumes every year and ride paddle boats on the lake.

Roemer – who said that she is not affiliated with witchcraft – said that she needs to be cautious with how this mailer will affect her job and personal life.

“I’m wondering if I need to fear extremists or zealots inspired to violence by his false claims,” Roemer said. “I’ve already been identified in my community as ‘the witch.’”

The women said that they have never had any contact with Reed, and also noted that they did not know each other before being named on the mailer.

Roemer called the mailer a personal attack that is “meant to instill fear, cause stress and coerce us into silence, to make us obey.”

“I would find the witch association that was made between myself and the Halloween lake paddle laughable if not for the fact that the candidate and the campaign that produced the flier are endangering my family,” Mendonca said.

Mendonca said that the flier has put a target on her back and her two children.

The group requested Reed to publicly apologize and send an apology mailer out to reach everyone who was sent the initial mailer.

“We believe that this is the only solution, because the damage has been done. This is widespread. This has exposed these women to people who have never met them, never met them a day in their life, have never seen them face to face,” Bergdall said.

“But on these mailers are their full names, and obviously that exposes a great number of people, well into the thousands, to their information. And so we think that this is the only solution to publicly print a retraction and to apologize to these women for the damage that has been done.”

The group is organizing a protest rally on Saturday at 11 a.m. in Oakhurst at the intersection of Highway 41 and Highway 49.