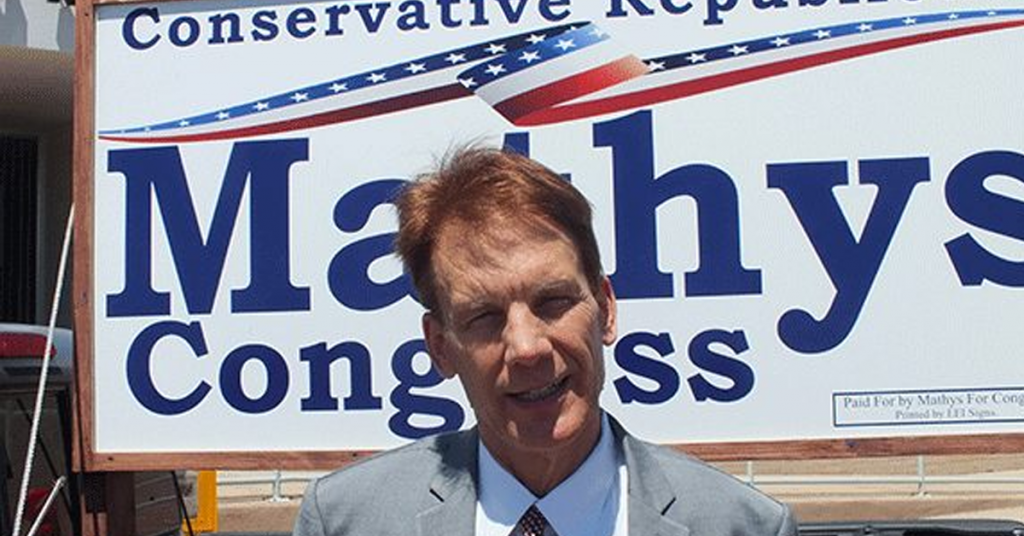 Chris Mathys, a former Fresno City Council member, is returning to the rough and tumble of Valley politics.

Valadao, who defeated one-term Rep. TJ Cox (D–Fresno) in November to reclaim his seat, has taken on heat from GOP circles for his vote to impeach former President Donald Trump.

The former Fresno councilman is the first Republican to challenge Valadao since the Hanford dairyman first one his seat in the House in 2012.

After an unsuccessful run for Mayor in 2000, Mathys returned to the private sector to run his lending firm Oro Financial.

In 2018, he took on a return to politics – albeit in the Land of Enchantment. Mathys took the plunge for New Mexico Public Regulation Commission, narrowly losing out in the state’s June Primary.

In 2020, Mathys took a stab against then-Rep. Xochitl Torres Small (D–N.M.) but came in last place in a field of three for the GOP nomination.