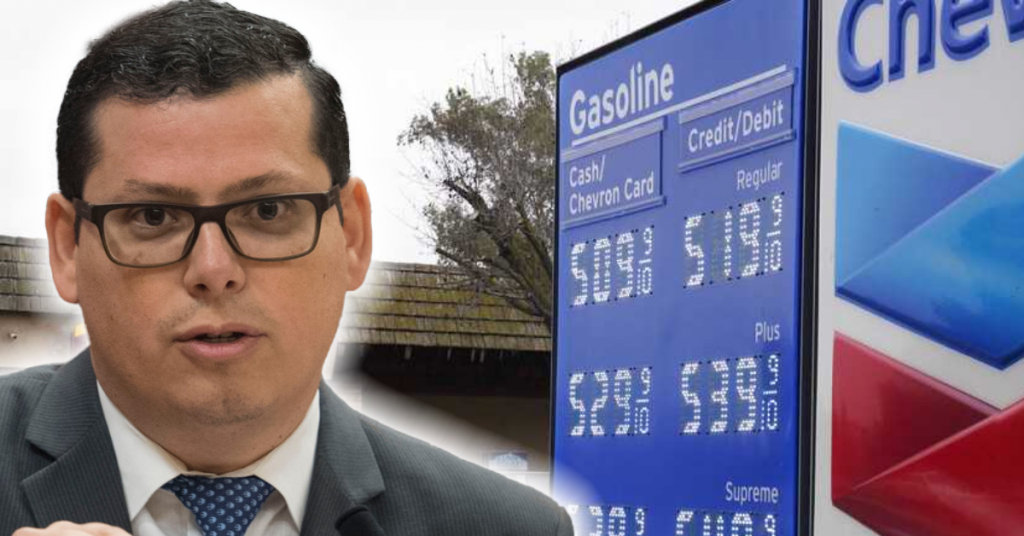 Asm. Rudy Salas (D–Bakersfield) is, once again, in the line of fire for tough votes on California’s gas tax.

This time, however, it centers on missing and abstaining from votes to alter California’s gas tax amid the pinch felt by Golden State drivers due to soaring gas prices.

For the second time in two weeks, Salas missed a procedural vote to force expedited consideration of a bill to freeze California’s highest-in-the-nation gas tax, a move that would save drivers 51 cents per gallon at the pumps.

Shortly after the scuttled maneuver, a coalition of 10 Democratic lawmakers and one independent offered their own counterproposal: $400 tax relief checks, tied to income levels.

Salas was not a member of the 11-member coalition proposing

Thursday morning, amid Gallagher and Kiley’s second attempt to force a vote on a gas tax holiday, Salas – once again – did not register a vote.

Salas’ silence on the gas tax issue is particularly notable.

In 2017, the Bakersfield lawmaker was the lone Democrat to vote against Senate Bill 1, the measure that created an inflation-tied increase to the state’s gasoline excise tax.

The measure passed through the Assembly with the bare minimum number of votes, 54, to enact a tax increase.

Since announcing his bid for Congress, Salas has highlighted his vote against the five-year-old gas tax increase repeatedly.

Salas’ second abstention on the gas tax holiday prompted Republican operatives to call out the veteran lawmaker for failing to fight for lower gas prices during a gas price spike.

Rudy Salas skips gas tax suspension vote AGAIN after telling @23ABCNews that he skipped last week’s vote on the measure because “he wasn’t on the floor.” 🙄

One thing is clear: The Central Valley can’t trust Rudy Salas to look out for them. #CA22 https://t.co/FOaQIAYk4U

Aaron Vad, Salas’ legislative director, said that Salas’ absence was due to a family funeral, but not before referring to the NRCC’s top spokeswoman as a “potato.”

Another @NRCC potato attacking my boss for attending a funeral for his Uncle. One thing is clear: these Republicans have no regard for family values or respect for those during their time of grieving. https://t.co/Wk0oVnfKto

Calling a woman a potato (especially during Women’s History Month) is a bold choice. Is this why voters think your party is condescending?

This is very sexist.