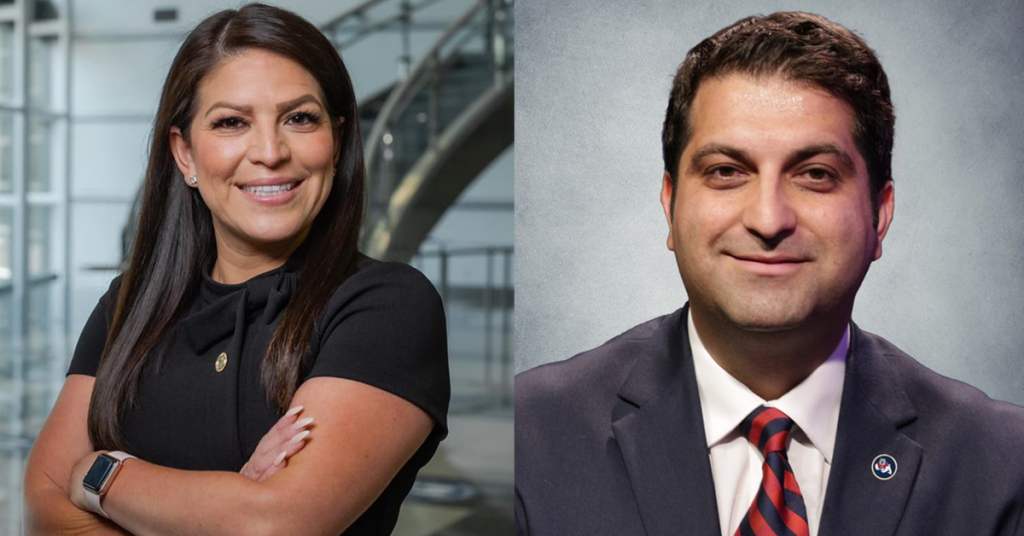 A newly-drawn Assembly district on the west side of the San Joaquin Valley is shaping up to be a battle between two sitting Fresno City Council members.

Last month, Esmeralda Soria revealed her intentions to run for the new district as she is in her last year of office in downtown Fresno.

“It is true, I am aggressively exploring a run for Assembly District 27,” Karbassi told GV Wire. “Looking at the numbers, this is clearly a Blue Dog district in need of a candidate. I have a proven moderate record to best represent the district’s interests in Sacramento.”

The district opened up after long-time Congressman Jerry McNerney (D–Stockton) announced his decision to retire after his current term in Washington D.C. is up.

That prompted Rep. Josh Harder (D–Turlock) to shift his campaign north to what would have been McNerney’s new seat, opening the door for Assm. Adam Gray (D–Merced) to run for 13th Congressional district.

Both Karbassi and Soria are registered Democrats, but the two have often found themselves at odds on the dais at Fresno City Hall.

Soria has been a member of the council’s Democratic majority bloc, while Karbassi has been often found himself voting with the panels sole Republican, Garry Bredefeld, particularly on budgetary and public safety issues.

However, the two were on the same side of one of Fresno’s most consequential issues in 2021: approving a three-year, citywide project labor agreement with trade unions for public works projects.

Karbassi was first elected to the city council in 2019, when he won a special election to replace Steve Brandau, who moved to the Fresno County Board of Supervisors.

In 2020, Karbassi ran unopposed for reelection, securing himself a full term through 2025. He is eligible to run for a second full term in 2024.

Soria launched a challenge to Rep. Jim Costa (D–Fresno) from his left in the 2020 Congressional primary, but failed to crack the top two spots for a November showdown.

In her bid for Assembly, Soria has listed a roster of Democratic endorsements spanning not only the Valley but the entire state.

She was first elected to council in 2014 and faces a term limit by the City of Fresno charter in 2022.