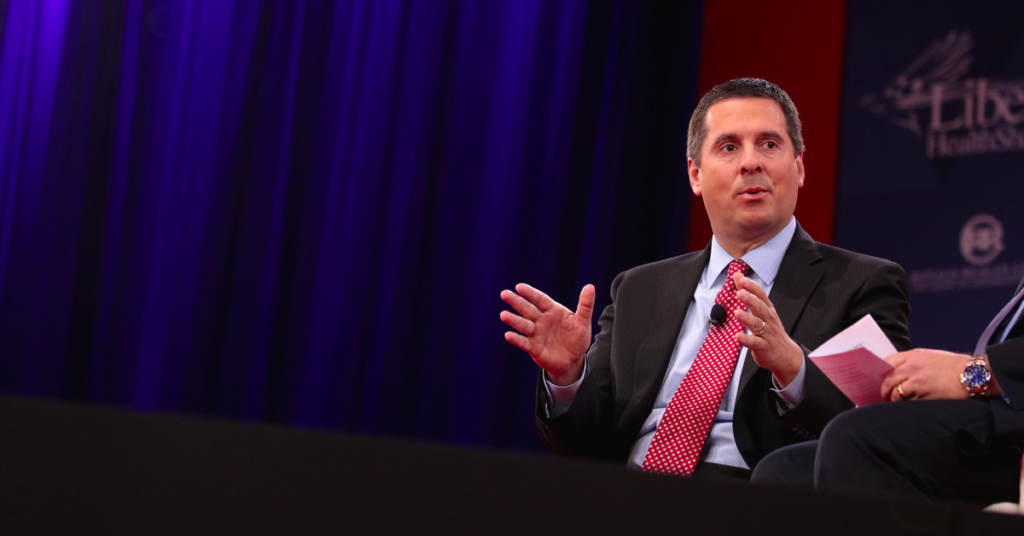 Rep. Devin Nunes (R–Tulare) strolled out onto the stage at Visalia’s Fox Theater to face a sold-out crowd of 1,200 locals, ready to discuss the work on the House Intelligence Committee that propelled him into being a household name nationwide.

One day earlier, Twitter hecklers – led by parody bovine and defendant in a Nunes-initiated defamation lawsuit Devin Nunes’ Cow – leaked the location of the forum.

Devin’s Secret Fundraiser tomorrow is at the Fox Theatre in Visalia (308 Main Street). Doors open at 5:15. I’m hoping that he invited @lhfang 🐮 #NunesGotCaught

With the undoubted expectation of protests, as has become commonplace at Nunes’ Visalia and Clovis offices, security at the forum was tight.

Despite the keyboard chatter, Nunes, author Lee Smith and KMJ 580 host Ray Appleton hosted their book review of Smith’s new book, “The Plot Against the President” without a single outburst.

Appleton moderated the discussion and asked Nunes and Smith about various elements of the book and the Russian collusion allegations against President Donald Trump that led to Special Counsel Robert Mueller’s investigation.

Smith’s book centers on Nunes’ actions to uncover what Smith described as “the biggest political scandal in U.S. history.”

What made it so explosive?

Smith noted that it is because various groups that actively worked against Trump, from the mainstream media to counterintelligence officials at the FBI and CIA officials, former FBI director James Comey, and other high-ranking officials within the Obama administration.