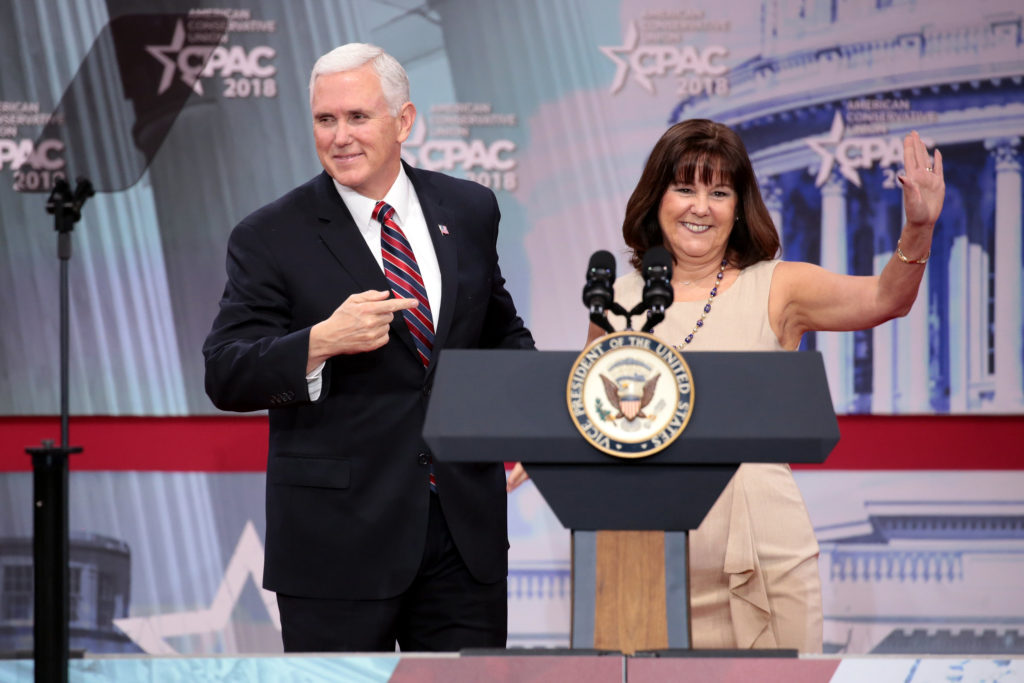 The Pences are scheduled to make three major stops in the Valley as part of a one-day swing in the area.

The couple is expected to arrive, via Air Force Two, at Naval Air Station Lemoore at 11:10 a.m., per a White House advisory.

From there, Pence is headed to Coalinga for a closed fundraiser at Harris Ranch hosted by John and Carole Harris in support of Trump-Pence Victory, the collaborative fundraising committee between Team Trump and the Republican National Committee.

Following the fundraising lunch in Coalinga, Pence is returning to Lemoore for an event hosted by America First Policies on the United States-Mexico-Canada Agreement (USMCA) aimed to replace NAFTA.

The trade event, to be held at the Freitas Family Farm, is scheduled to begin at 1:30 p.m. with a panel discussion, followed by an address by the Vice President.

At NAS Lemoore, the Second Lady will be visiting military spouses to discuss employment solutions for military families.

Following their respective events, the Pences are departing NAS Lemoore for Vandenberg Air Force Base near Lompoc, then headed to San Diego.