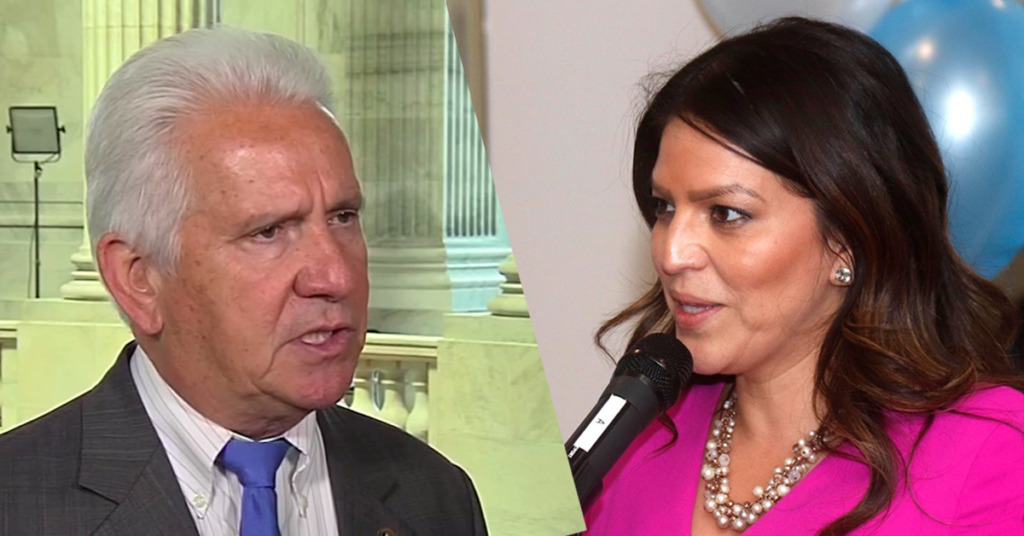 After completing the first day of Fresno’s budget hearings, Council members Esmeralda Soria and Miguel Arias are hitting the road.

On Wednesday, Soria and Arias met with Rep. Alexandria Ocasio-Cortez (D-NY) with Reps. Jim Costa and TJ Cox (D-Fresno) and presented her with Fresno Grizzlies memorabilia.

Thanks Congresswoman @AOC for making time to meet with us! We look forward to support federal efforts to invest in our aging water infrastructure to ensure everyone has safe drinking water in our Valley. @MiguelArias_D3 pic.twitter.com/iHIGEPsAPH

The move is seen as a means to smooth over the controversy from an airing of a Memorial Day video likening her to Kim Jong Un and Fidel Castro during a Fresno Grizzlies double header.

It was not clear if the ball club had any role in sending the memorabilia.

Calls for comment to the Grizzlies were not returned ahead of publication on Tuesday.

A joint statement by Soria and Arias said that the trip was paid for using city funds, totaling $2,000.

For two weeks, Soria’s name has been floated as a potential primary challenger to Rep. Jim Costa (D-Fresno) in 2020.

A trip to D.C. is a regular occurrence for potential Congressional candidates under recruitment, albeit by those being recruited by their respective party organizations.

Earlier in 2019, prosecutor Andrew Janz undertook the trip to meet with the Democratic Congressional Campaign Committee (DCCC) before deciding against a second challenge to Rep. Devin Nunes (R-Tulare) and opting for a Mayoral bid in Fresno.

This election cycle, the DCCC threatened to blacklist consultants from working for challengers running against Democratic incumbents.

It was a move that irked freshmen members, like Ocasio-Cortez.

Sources told The Sun that Soria is expected to meet with two female-centric political groups: pro-choice group EMILY’s List and IGNITE presumably about a prospective challenge to Costa.

Calls to Soria’s office regarding her schedule in Washington were not returned.