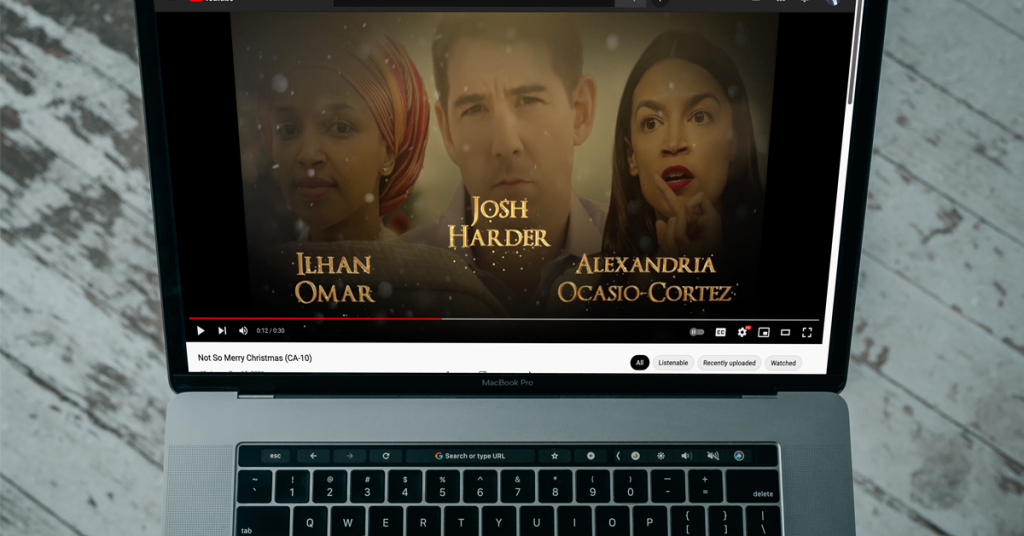 With less than a week to Christmas, and no rest from the upcoming political season thanks to the 2021 redistricting process, it appears that Rep. Josh Harder (D–Turlock) might not be settling for a long winter’s nap.

Certainly not if the National Republican Campaign Committee has anything to say about it.

Harder, who has launched a localized, late-year plunge combat the clamor surrounding supply chain issues, inflation, and soaring cost of living, is facing another round of attacks by Republicans over those subjects as Democrats control of the House of Representatives.

This time, an advertisement from the NRCC comes in the form of a Christimastime poem:

Harder, for his part, has spent much of the past two months redirecting his energy toward the affordability issue, a likely key campaign theme heading into 2022.

My top priority right now is making sure the Valley is an affordable place to live & raise a family. Here's my plan:

1. Pass my bill to fix the supply chain and lower the cost of goods

2. Bring down the gas tax