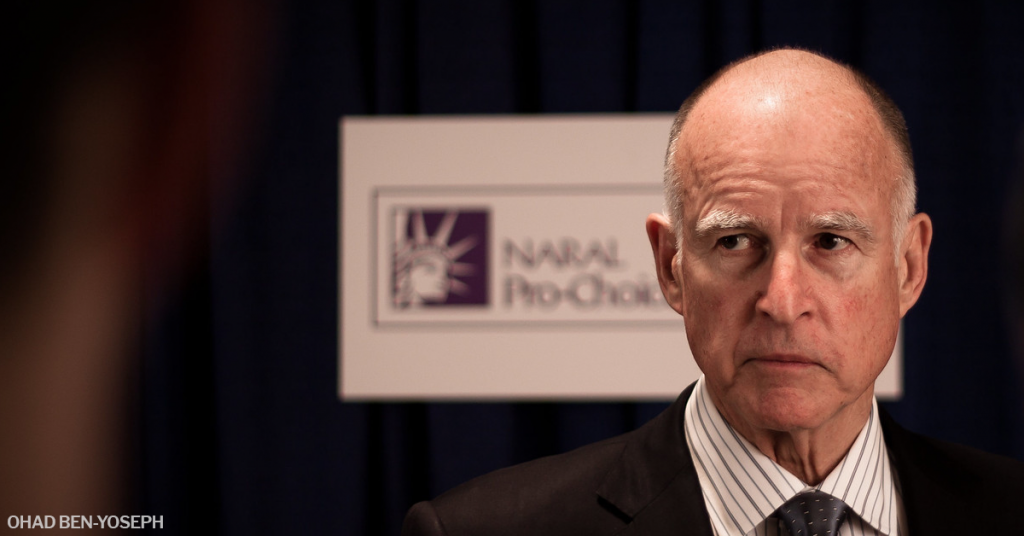 As the State of California embarks on an historic spending spree on the precipice of its second gubernatorial recall, the man who preceded Gov. Gavin Newsom is issuing a warning of sorts to the recall subject.

The budget, which sought to tackle a bevy of California’s ailments from infrastructure to drought resilience to homelessness and beautification with one-time pandemic relief funds, was described as “shortsighted.”

“Using tools designed for a budget crisis to support state spending at this time is shortsighted and inadvisable,” the state’s Legislative Analyst’s Office said in a review of his budget plan.

Now, Brown is joining the pile-on, telling Los Angeles-based NBC 4 that the Newsom’s recall-centric retail therapy is being driven by revenues that were “artificially pumped up” by Federal spending that will undoubtedly give way to “fiscal stress” by 2023.

“The word is volatility,” Brown told the station. “Money comes and money goes. The federal government is going deeper into debt, they are spending money wildly. The state is now spending money. It is not sustainable.”

Brown’s return to Sacramento in 2010 came on the heels of years of deficit spending under Gov. Arnold Schwarzenegger amid the on-set of the Great Recession. Brown authored significant tax increases on middle and upper-class Californians coupled with siloing greater general-use funds into reserve.

Newsom, for his part, has eschewed the focus on tax reserves and instead engaged in social spending with aplomb since taking office in 2018.

With billions headed toward arguably the state’s top issue – its deluge of homeless residents – Brown said that state leaders cannot spend their way out of the crisis with temporary measures.

“You are going to have rules and the rules have to be enforced,” Brown said. “You are going to need mandatory drug treatment and mental health intervention… you have to be willing to exercise control, discipline, authority… if you don’t, you just create what we have now.”