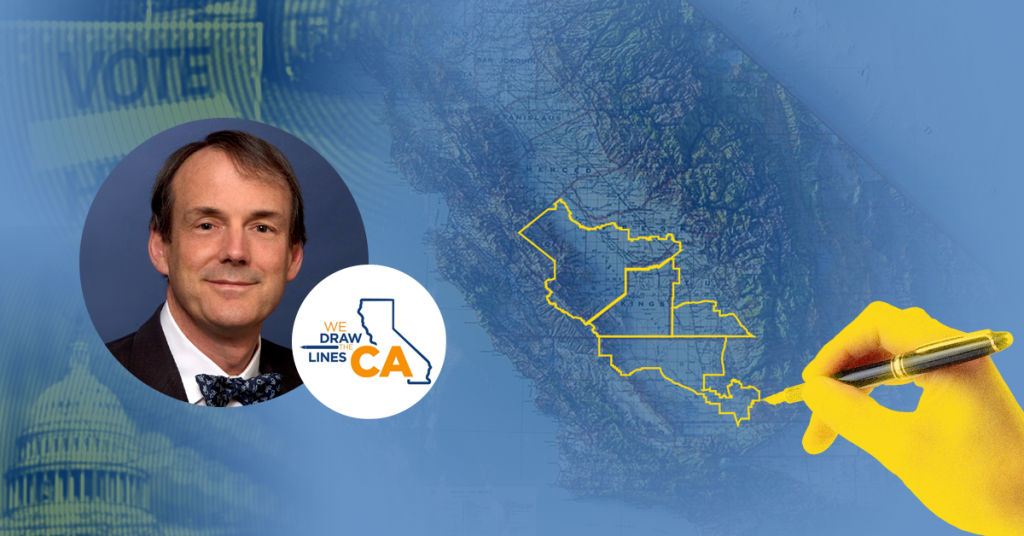 Is the California Redistricting Commission – the independent organization tasked with drawing the new Congressional and legislative boundaries – breaking the law?

Charles Munger Jr. – the son of Berkshire Hathaway vice chairman Charles Munger, physicist, and a political activist in his own right – certainly thinks so.

Munger Jr. wrote a letter to the Redistricting Commission last week arguing that the commission is violating the key California Government Code that governs its very existence.

His interest in the commission dates back his hefty financial support of Proposition 11, which founded the commission to draw legislative lines, in 2008.

Two years later, Munger Jr. was the co-author, principal financial backer and campaign chair of Proposition 20, which expanded the commission’s authority to include California’s Congressional districts.

At the center of the issue is the commission’s so-called outreach meetings.

California Government Code 8253, which outlines the rules for the commission, states the following in section 8235(a)(3):

“Commission members and staff may not communicate with or receive communications about redistricting matters from anyone outside of a public hearing. This paragraph does not prohibit communication between commission members, staff, legal counsel, and consultants retained by the commission that is otherwise permitted by the Bagley-Keene Open Meeting Act or its successor outside of a public hearing.”

In his letter, Munger Jr. alleged that the private, often unrecorded or unpublicized meetings held by Commissioners are a direct violation of the above section.

The specific examples he cited were ones he considered to be the “most egregious,” which compelled him to write the letter, and were from meetings that were not the typical outreach sessions.

One such example was an April 24 memorandum from Commissioners Sara Sadhwani and Pedro Toledo which describes meetings held on March 23 and April 21 to discuss the census timeline.

Those meetings included representatives from the Secretary of State’s office, the California Association of Clerks and Election Officials, and Democrat and Republican legislators.

The April 21 meeting also included representatives from the Black Census, an organization that surveys Black people across the country.

Munger Jr. also noted that during a commission meeting on Feb. 8, Commissioner Patricia Sinay said she spoke with Facebook and Google and found both companies to be open to having conversations about helping the commission connect to the public.

“I am sure that the public would like to know what the two social media giants think about redistricting too,” Munger Jr. wrote.

“In each instance, there was no advance public notice about these meetings, which means there was no opportunity for the public to participate and witness the content of the conversations, submit comments, and there were no after-the-fact recordings or transcripts of these meetings.”

Munger Jr. also noted that the commission is not making transcripts or video recordings of its outreach meetings available in a timely manner.

“My fear is that such recordings or transcripts may not even exist,” Munger Jr. wrote.

As of Tuesday, the last outreach meeting to have a video posted on the commission’s website was from April 26. There have been 30 meetings since then.

Representatives for the Commission declined to comment to The Sun on Tuesday, stating that information and action related to the outreach meetings will be undertaken at its Thursday meeting.