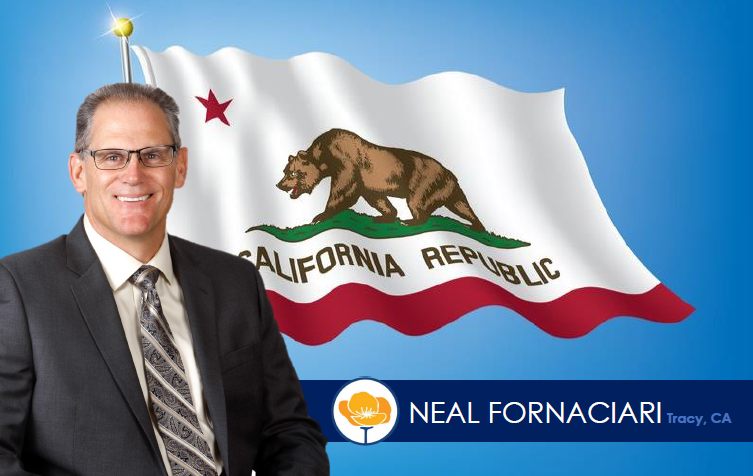 Once the state census data comes in this fall, the California Redistricting Commission will have a clearer sense on how the Congressional and Legislative district lines will look for the next decade.

For Commissioner Neal Fornaciari – a resident of Tracy – drawing the lines to accurately represent each community takes him back to the early 2000s and former Congressman Richard Pombo’s district.

Pombo, a Republican from Tracy, served in Congress from 1993-2007, and his district took a far different shape after the 2000 redistricting process – the last time the California Legislature drew the lines.

“My district wound up being – well it was much of San Joaquin County,” Fornaciari told The Sun. “It didn’t include Stockton, and it snaked through the hills over to eastern Alameda County, southern Contra Costa County and went down to southern Santa Clara County.

“The people in those different communities don’t have a lot in common, other than political affiliation. So that district was drawn for the sole purpose of ensuring their Congressional representative continued to get elected, not to ensure he represented the people of his district. For me, it was just profoundly unfair.”

Fornaciari worked as a researcher and manager at Sandia National Laboratories in Livermore for 27 years. After he retired in 2017, he spent a year as the foreperson of the San Joaquin County Civil Grand Jury.

When Fornaciari heard about the opportunity to apply to serve on the commission and play a role in drawing the lines in a more fair process, he jumped at it.

“After I finished the time on the Grand Jury I was looking for something to do, and I heard these ads on the radio for the Commission,” Fornaciari And I thought it was an interesting opportunity to really make a very important contribution to the people of California. So I applied.”

Fornaciari joined a pool of about 2,000 total applicants, which was cut down to 120 people who all went through an interview process. The Legislature then whittled the total down to 36, and a lottery system selected the first eight names: three Republicans, three Democrats and two individuals with no party affiliation.

Fornaciari made the cut as one of the three Republicans, and once all 14 Commissioners were in place, there was only one other from the Central Valley: Democrat Trena Turner from Stockton.

When asked if he feels he represents the entire Central Valley – given the lack of Commissioners from the Valley – Fornaciari answered “absolutely.” But he also made clear that despite being from Tracy, he serves in his role to represent the whole state.

“We need to do what’s best for the entire state, but there are certainly issues in the Central Valley that need to be considered and addressed,” Fornaciari said. There’s been a great deal of growth throughout the Valley. There’s been demographic changes that we need to consider when we’re drawing the districts and ensure that folks are getting the representation that they deserve throughout the Valley…

“And we’re really working hard as a Commission to reach out to communities throughout the state and understand what the issues, what the concerns are, and get that understanding and education before we start creating new districts.”

Matt Rexroad with Redistricting Insights – a firm that provides redistricting services to counties across California as well as various states – has tuned in to all of the Commission meetings and had high praise for Fornaciari.

“He seems to be a real consensus builder, and for somebody who’s watched a lot of elected bodies, he seems to be the kind of guy that everyone would want to serve with,” Rexroad told The Sun. “He’s really thoughtful. He’s prepared. He thinks through these things, and I think that’s a good sign for the commission.

“I think some of his commissioners tend to dismiss some of his thoughts sometimes, and I really don’t understand why, because he seems incredibly reasonable.”

Rexroad feels that Fornaciari has done a good job of listening to the various communities across California, which should lead to Congressional districts that make more sense than ones seen in previous years.

“I just feel that of the Republicans on the Commission, he seems to be the most thoughtful,” Rexroad said. “He’s engaged, and he’s aware of what’s going on. He’s trying to come to solutions. I think people should probably listen to him more.”