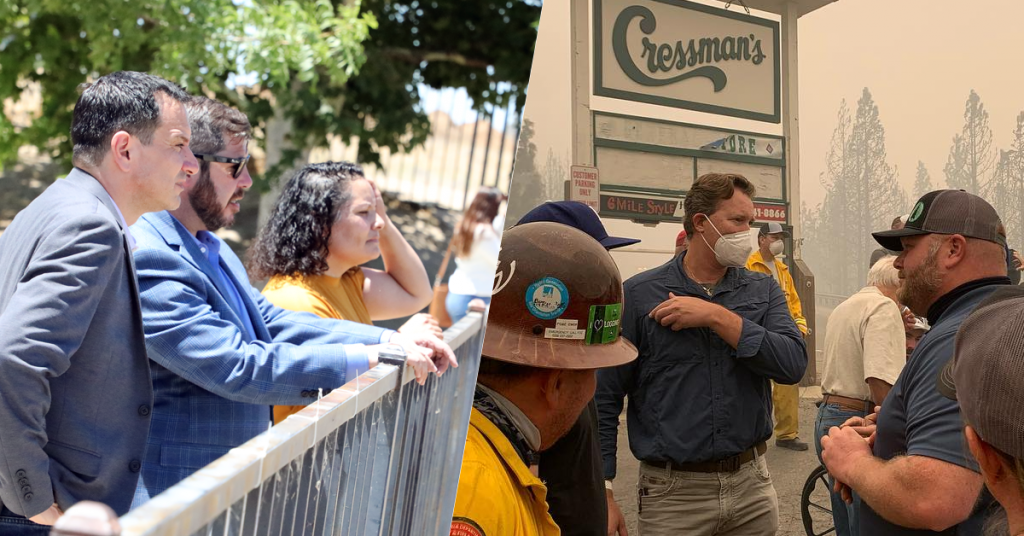 Sen. Andreas Borgeas (R–Fresno) saw Senate Bill 303, a top priority for the countless residents of the Sierra Nevada foothills, advance out of the two chambers with unanimous support on Friday.

The bill aims to deliver property tax relief to wildfire victims by extending the window for taxpayers to transfer their base year value on their destroyed property to a comparable property in the same county.

The boost gives property owners a total of seven years to rebuild a home on the property under the adjusted tax rate.

“California has seen an unprecedented number of wildfires in recent years that have decimated countless homes throughout the state,” Borgeas said. “The state of California should be doing everything in its power to assist wildfire victims.”

Borgeas’ district, which runs from Rancho Cordova to Death Valley, is geographically anchored to the Sierra Nevadas. The region was particularly hard-hit in 2020 amid the Creek and SQF Complex fires.

The other legislator walking tall during the holiday weekend? Asm. Joaquin Arambula (D–Fresno).

Arambula’s big local proposal – reorienting the San Joaquin River Conservancy Board – won the support of both houses of the Legislature on Thursday.

The bill, Assembly Bill 559, is the second-half of a two-part, Arambula-led boost for the San Joaquin River.

The bill, which reorients the internal and external power structure of the San Joaquin River Conservancy Board, is highlighted by rotating the chairmanship among all members of the board, adding seats for environmental justice advocates and Tribal interests, and granting the Governor additional appointment powers.

The bill caught flack from local advocates who argued it watered down the Conservancy’s local control.

The other portion of Arambula’s river work? Cajoling Assembly Speaker Anthony Rendon (D–Paramount) into fighting for a $15 million appropriation to improve community access to the river.