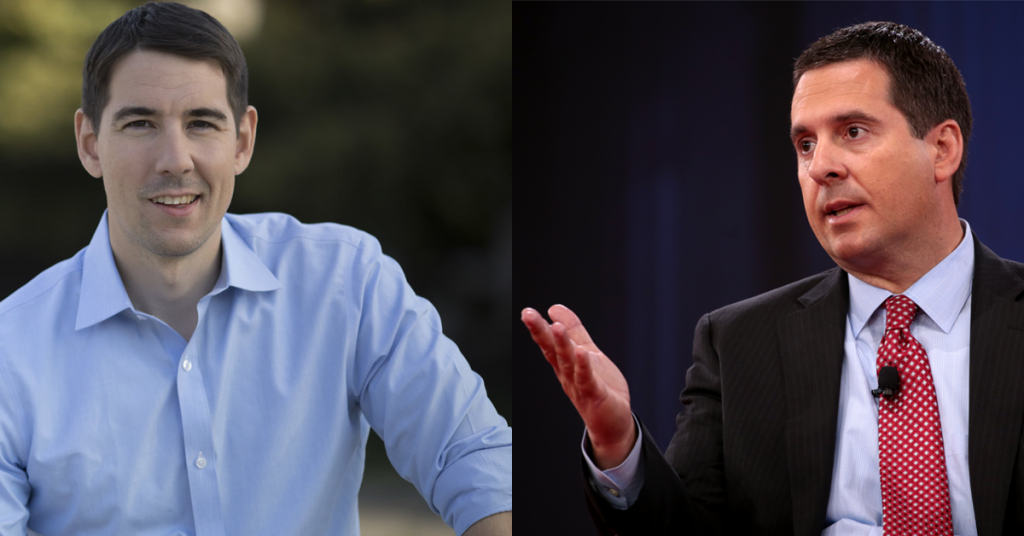 As has become popular among Democrat candidates, Rep. Josh Harder (D–Turlock) has joined the fray in asking for money to defeat Congressman Devin Nunes (R–Tulare).

He can thank California Redistricting Commissioners for the short, but potentially sweet, fundraising bump.

While new California Congressional boundaries have not yet been finalized – and won’t be for another month – the citizen-led California Redistricting Commission approved a rough draft that gives a look at what likely will be for the new district lines.

If those districts – or some derivative – come to fruition, Nunes will likely be moving north to the district covering a northeast portion of the San Joaquin Valley, including Modesto, and the Sierra Nevada Mountains.

In a fundraising appeal sent to donors on Monday, Harder is pitting himself as a direct opponent to the 20-year Republican lawmaker.

The pitch? Chip in $22 to defeat Nunes, with verbiage aiming to tie the veteran Republican to former President Donald Trump.

Along with Nunes’ eye-popping $12 million war chest, the second-largest among all California representatives, the district he’s eyeing, dubbed “ECA,” has an eight-point Republican voter registration advantage, per statistics from consulting firm Redistricting Partners.

40 percent of the ECA Congressional district are registered Republican voters. 32 percent are Democrats and 26 are not affiliated with a party.

Harder is likely to be a better fit for the Democratic-heavy western San Joaquin Valley seat, dubbed “Stan-Fresno” district, stretching from western Stanislaus County (including portions of Turlock) through Merced, Madera, and western Fresno County.

That district is an 180-degree difference from the ECA district, with 43 percent of voters registered as Democrats, 27 percent registered as Republicans, and 29 percent unaffiliated with either of the two major parties.

Nunes, for his part, has inspired a cottage industry of would-be challengers that have failed to inspire support from voters in his current Fresno and Tulare County district but have managed to rake in hundreds of thousands of dollars in contributions following the close, but unsuccessful, 2018 challenge by Fresno County prosecutor Andrew Janz.

The formula, which has since been replicated in other districts in California and across the country, has led to branding that candidates are running “OnlyFans campaigns,” a reference to aggressive, shock-based marketing akin to the behavior of purveyors of adult material on the social networking site.