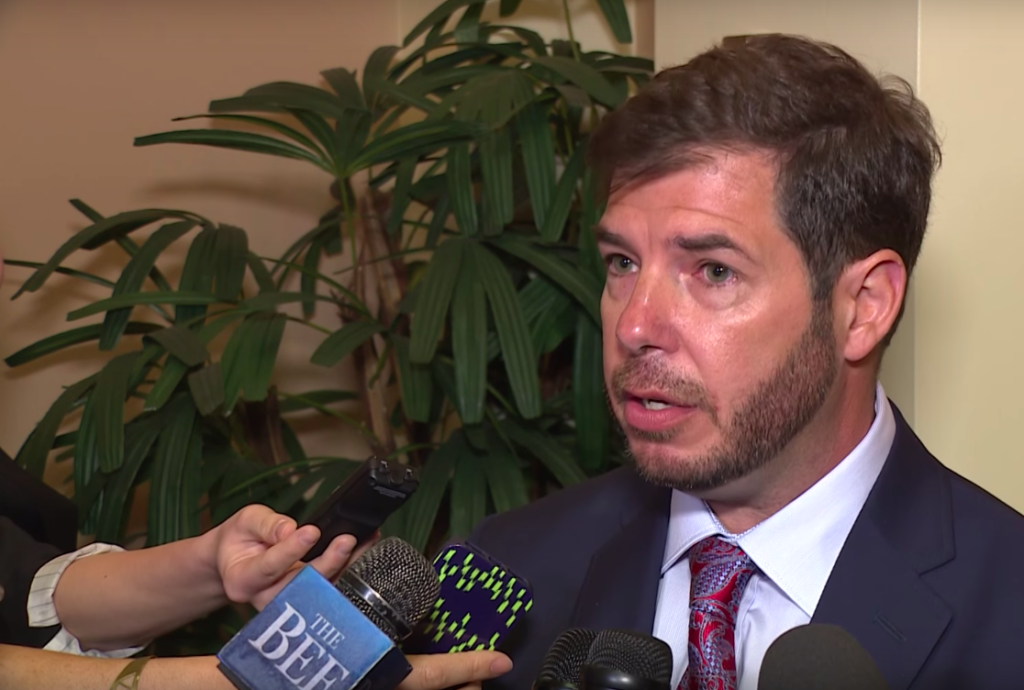 Attorneys for Asm. Joaquin Arambula (D-Fresno) issued a not guilty plea on behalf of their client at Fresno County Superior Court on Wednesday morning and placed the alleged child cruelty case on a fast-track for trial.

Arambula was arrested and cited in December for allegedly abusing his seven-year-old daughter. Tuesday, the Fresno County District Attorney decided to file a single count of cruelty to a child against the legislator.

Arambula has maintained that his actions, a spanking on the bottom, constituted legal parental discipline. Law enforcement, including Fresno Police Chief Jerry Dyer, have contradicted Arambula’s assertion and claimed that the injuries were not inflicted on his daughter’s bottom.

Defense attorneys Michael Aed and Margarita Martinez-Baly appeared without the two-term Democratic legislator before Judge Gary Green for arraignment. Arambula was initially scheduled to appear before Judge Ana De Alba, who recused herself from the proceedings, citing a conflict of interest. Assistant District Attorney Steve Wright, a senior prosecutor, appeared on behalf of the Fresno County District Attorney.

Following the arraignment, Aed and Martinez-Baly held a brief gaggle to address the case to media.

“[Arambula] believes that he has been mischaracterized by the public statements from law enforcement in this case,” Aed said. “And he expects to be vindicated and have his case heard in the court of law rather than the court of public opinion.”

Aed stated that he was highly disappointed with the District Attorney’s reluctance to meet and discuss the case before deciding to file. He added that, prior to announcing its decision to file charges, he had been told on Friday that a filing decision was still pending.

Since the filing announcement, the Arambula legal team has launched an attack claiming that the charges were politically motivated. The District Attorney’s office immediately pushed back, stating that the filing was based on relevant evidence and the law.

Dyer also defended the decision to investigate and file charges during his regular Crime View briefing on Wednesday afternoon.

The case is set for a pre-trial hearing on April 2 and trial on April 23.