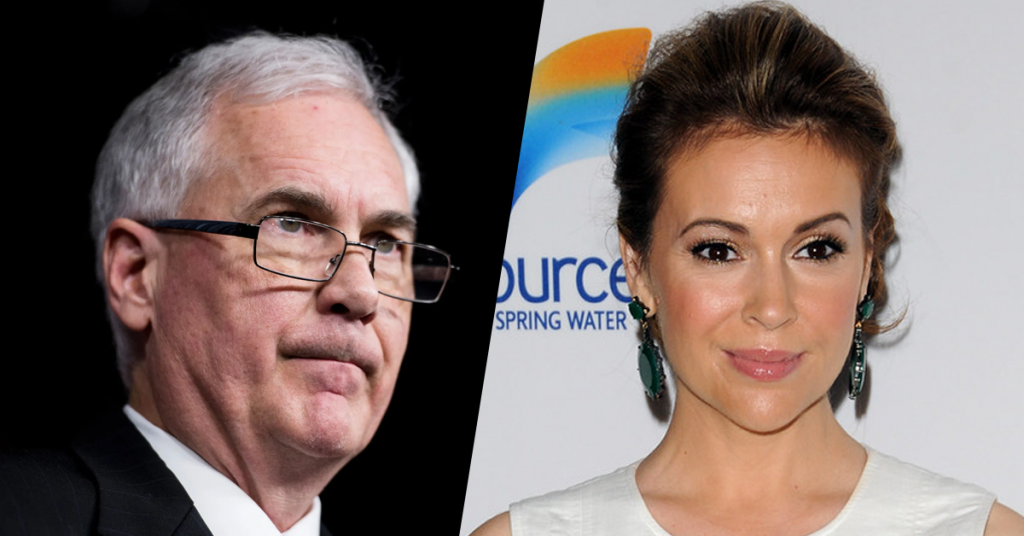 Alyssa Milano, the actress best known for “Who’s the Boss?” and “Melrose Place,” may seek to transition from Hollywood to the House, saying she’s “considering” a congressional run in 2024.

“I split my time between Truckee, Calif., and Bell Canyon, Calif., and the Republicans have basically had a strong arm there in the 4th District,” the former “Insatiable” star said.

“I would love to maybe consider flipping that seat blue,” Milano said.

It isn’t Milano’s first flirtation with the idea of ousting McClintock. She raised the idea earlier this year on Twitter:

Congressman McClintock was one of the 63 republicans to oppose Asian Hate Crimes bill.

This is my Congressman.

Should I run against him?

“It’s going to take someone with, I think, name recognition and deep pockets to be able to run against McClintock, and so I’m considering it. I’m basically gathering information right now, speaking to different consultants, speaking to the community.”