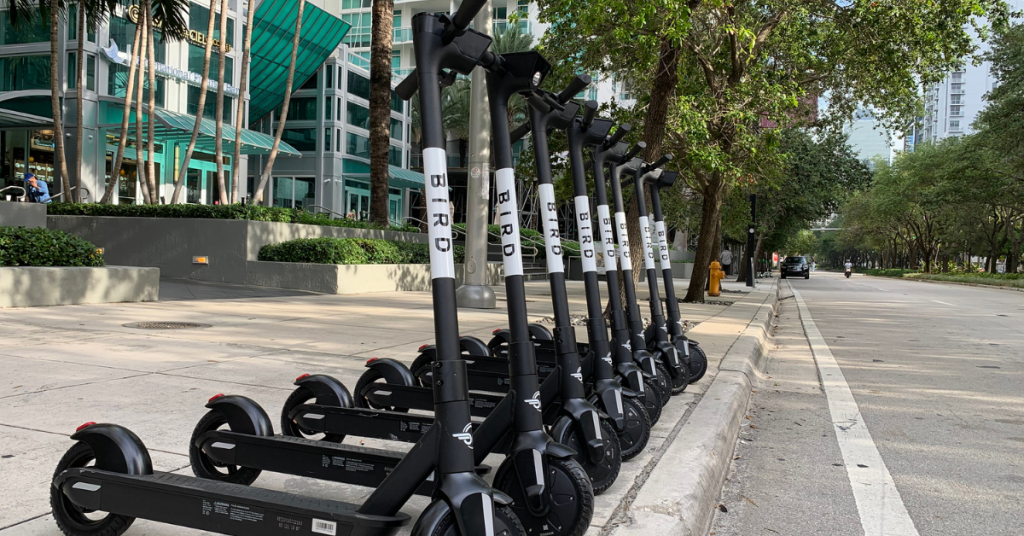 Anyone hoping that Bird Scooters, a mode of transportation that reached its zenith nationwide in 2018, would make a return to the San Joaquin Valley is about to be disappointed.

After a lengthy discussion at Tuesday’s meeting, the Modesto City Council voted 4-2 to not move forward with a pilot program for the electric scooter share system.

Councilmembers Tony Madrigal and Chris Ricci were the lone supporters of the program.

The program would have entered the city into an agreement with electric scooter and bike company Bird.

Under the proposed one-year deal, Bird would have provided up to 100 electric scooters in Modesto and would be responsible for all maintenance and operations.

The last-mile transportation firm has customers pay $1 dollar to unlock the scooter and would pay a fee per minute of the ride, with the average ride expected to cost $7.

The city would have received $0.10 per ride from Bird.

But the council was largely concerned about enforcement: keeping riders off sidewalks and ensuring that the scooters are parked at the appropriate locations.

Bird would be responsible for enforcement, but the council largely felt that the responsibility would fall on the Modesto Police Department.

“Right now we’re short on officers. We’re short on traffic officers. We have calls that are not being answered in our community everyday because there’s not enough officers. My concern is about traffic control,” Councilman David Wright said.

“I see a lot of red light runners on bikes. I don’t see very many scooters downtown. I’m downtown a lot. I haven’t seen a scooter downtown, but I see a lot of bikes that are running red lights, and we just don’t have the officers out there enforcing the laws that we have.”

Councilwoman Jenny Kenoyer argued that there is simply not enough room in Modesto to accommodate the scooters.

“We are already at No. 1 in accidents,” Kenoyer said. “I’m sorry, I just feel that we’re just asking for more problems. We can’t expect our police to enforce the laws for these people that ride these scooters when we don’t even have enough policemen to stop people running red lights.”

Madrigal urged his colleagues to consider a shorter pilot program to allay any fears or concerns they may have about it.

He separately proposed approving the program for three months and for one month but was shot down on a 2-4 vote each time.