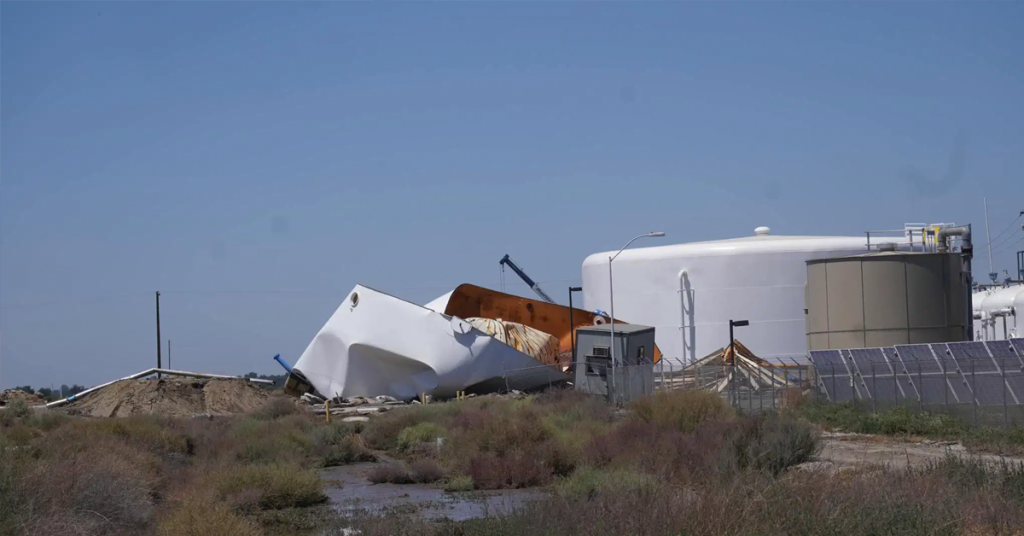 The City of Lemoore is under a state of emergency and a water rationing order one day after a 1.5 million-gallon municipal water tank exploded.

The explosion occurred just as a contractor was set to start welding it. A mechanical failure, as described by Lemoore Nathan Olson, led to a tsunami of water sweeping through the site and the tank itself lifted approximately 70 feet in the air, Nexstar reported.

The explosion knocked out all power to the city’s water treatment facility. In the interim, the city is activating back-up wells to supply residents with fresh water.

City officials warned residents not to use water to water their yards or use hoses.

PG&E has estimated restoration of power at the site at next week.

Cal-OSHA is currently investigating the circumstances of the explosion.