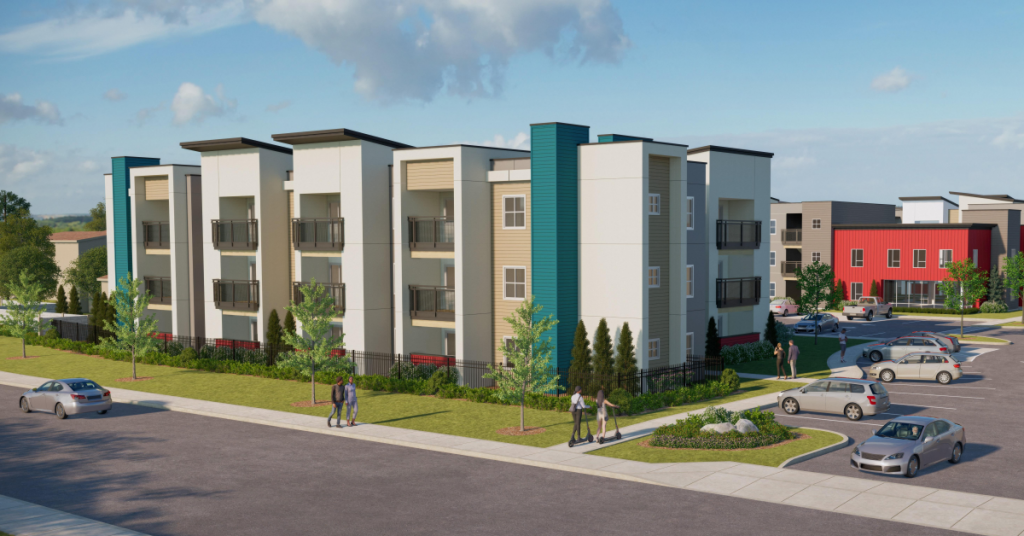 A week after a contentious Hanford City Council meeting surrounding a proposed affordable housing project, the developer of the project is moving full steam ahead.

Illinois-based developer UPHoldings – which has a local regional office in the Central Valley – has partnered with Self-Help Enterprises to construct Northstar Courts, a 72 unit complex in north Hanford.

Over 500 people attended a special council meeting last week, the majority of which were in opposition to the project, which will set aside 22 units for vulnerable populations in need of behavioral health services, which is currently set to be provided by Kings County.

Despite the public outcry, UPHoldings co-owner Jessica Hoff Berzac told The Sun that the project is moving ahead as planned with no consideration to move to a different location.

“We’ve invested over $1 million in this project,” Hoff Berzac said. “We own the land. It’s fully entitled. We’ve secured $34 million that is tied to this location. The site was designated by the state. There’s no way without abandoning all of that financing that’s been secured and all of the investments we’ve made. You can’t just switch locations. That’s not possible.”

While last week’s meeting was raucous with opposition, Hoff Berzac said UPHoldings has been flooded with phone calls in support of the project, as well as people asking to put in an application to live in one of the units, which is expected to be completed by November 2023.

She also noted the concerns that some people have with the project housing mental health patients, saying that it has not been an issue with any other developments that UPHoldings owns and manages.

“We’re just trying to hear people out. There’s still just this unbelievable assumption that because someone has a disability they’re inherently going to ruin a neighborhood. It’s based on Hollywood, right? That’s just a false, false statement,” Hoff Berzac said.

“We don’t have a single project where someone’s disability has ruined the neighborhood. We’ve never had tenants do some of the things that people are assuming and guessing. My hope is just that people will continue to hear the stories of people, talk to their neighbors and friends that also might have a mental illness and really kind of understand the human side of this, because that’s the way that some of those stigmatizing comments and assumptions are going to be broken down.”

Hoff Berzac expects the building permits to be finalized within the next couple of months, and she will continue to engage with the community and prove that Northstar Courts will be a good neighbor.

She has not heard anything of concern that the city may try to prevent the project from going through.

“I don’t have reason to think that they would back away from that position,” Hoff Berzac said. “I think they know how desperately housing is needed for all the people they serve.”

There could be potential hiccups with the project starting this week, however.

The Kings County Board of Supervisors is holding a special meeting Thursday and will discuss a closed session item related to the project.

The closed session item revolves around potential litigation over the county’s Whole Person Care Program funds, which is the behavioral health piece that the county has committed to Northstar Courts.

When asked, Hoff Berzac said she was unaware of any potential litigation against the County of Kings over Northstar Courts.