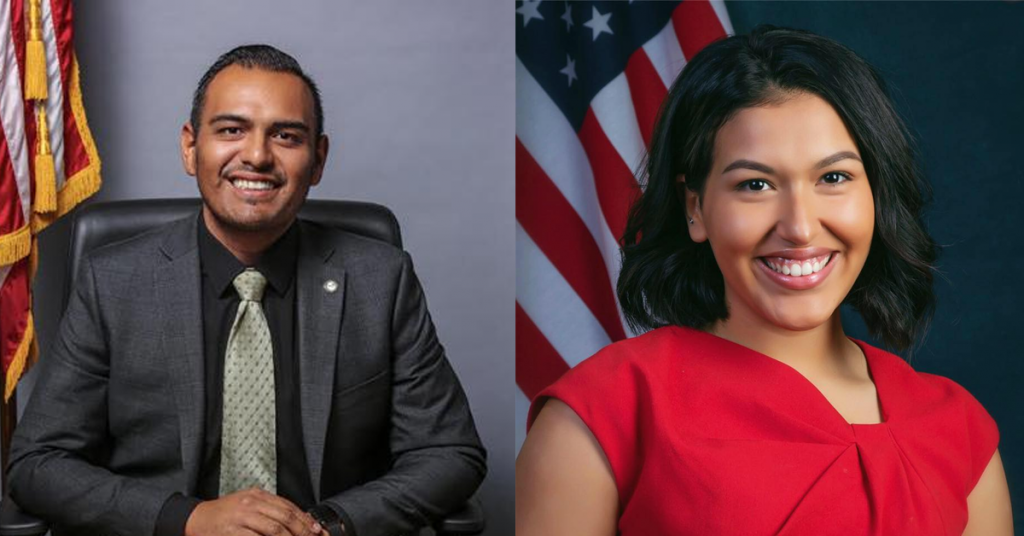 Garcia, who was arrested in late May by California Highway Patrol officers on Highway 43, pleaded not guilty last week to two misdemeanor counts of driving under the influence.

While Hurtado’s arrest surfaced publicly Tuesday, she was arrested by Fresno-based CHP officers on June 21.

The pair of elected officials are part of an ever-burgeoning class of Latino local elected officials under the age of 30 that have slowly picked up seats on small-town city councils from San Joaquin to Kern counties.

Hurtado and Garcia most recently led the charge to fly the LGBT Pride Flag in celebration of Pride Month, rankling more conservative populations of their cities and counties.

Since then, Hurtado has become the subject of a thus-far quiet recall effort.

On Tuesday, Garcia’s colleagues called on him to step down as Mayor, an appointed slot in the Council-Manager-operated city.

“If he feels like he should step down from his leadership position as our appointed mayor while he handles personal business and to avoid distractions from important city business, I would take that as an act of good faith” City Council member Tio Cortez said.

Those sentiments were echoed by fellow Councilman Vincent Martinez, who said that his stepping away from Mayoral responsibilities would not preclude him from continuing to serve on the Wasco City Council.

Following publicity of her arrest, Hurtado issued an immediate apology for her actions.

“I’m taking responsibility for my actions and waiting for my day in front of a judge,” Hurtado said in a statement. “I trust that they will make the right decision. For those that have expressed their concern, trust that with the support of my family and friends I am working to be better and learn from this experience.”

Hurtado also committed to donating her Council stipend for the remainder of her term to Mothers Against Drunk Driving.

A spokesman for the Fresno County District Attorney’s office told The Sun that prosecutors are currently reviewing her case on referral from CHP officials.

Prosecutors have until Hurtado’s Oct. 15 court date to make a determination as to whether to file charges against her.