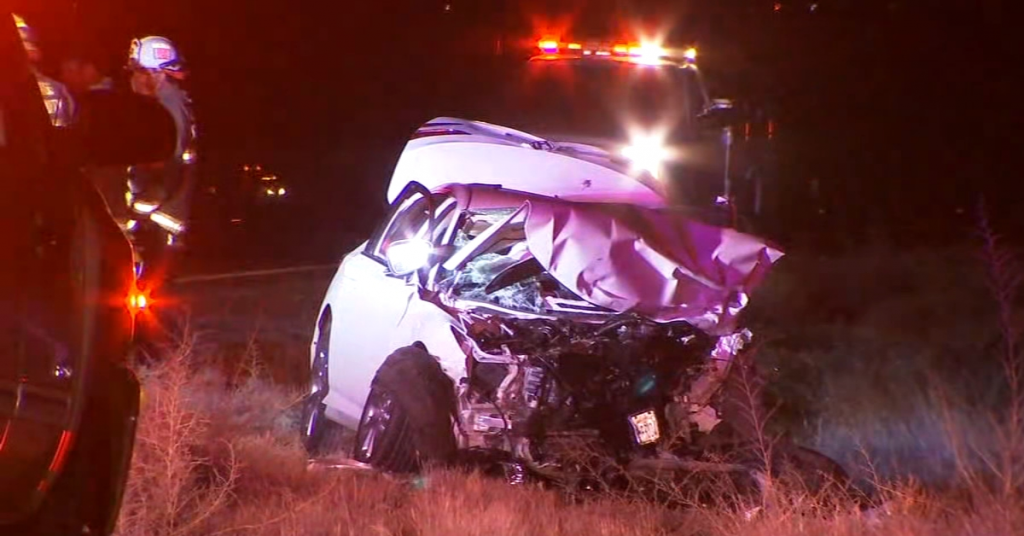 The push to expand a dangerous stretch of Highway 41 from two to four lanes on the border of Fresno and Kings counties is drawing worry from local officials over the Newsom administration’s withholding of support.

Wednesday, Asm. Jim Patterson (R–Fresno) said that local transportation and government officials were troubled by a refusal of Newsom transportation officials to sign a letter of support for a request of $20 million in Federal funding.

“This project has been a forgotten one,” Patterson said on Wednesday. “And we’re trying to change that.”

The Federal funding request was submitted by Rep. David Valadao (R–Hanford) as part of the 2021-2022 earmark process.

The project, which would extend Highway 41 to four lanes from Elkhorn Avenue to the Kings County line, is estimated to cost $65 million, Fresno County Transportation Authority chief Mike Leonardo.

The refusal from the California State Transportation Agency and its secretary, David Kim, was determined due to a belief that the addition of two lanes was a “increase in capacity.”

Patterson, Leonardo, and Fresno Council of Governments chief Tony Boren flatly denied the categorization, noting that the stretch of Highway 41 had always been deemed to run four lanes wide.

“They are putting us in a box that we don’t belong in,” Patterson said of Kim and CalSTA’s assessment. “This is an incomplete gap where the state has already determined the capacity.”

For Lorna Roush, a fifth-generation Fresno County farmer and advocate for completing Highway 41’s four lanes, the issue boils down to a single word: safety.

Pointing to the multitude of deaths along the six-mile stretch of highway, Roush said the impact was personal for many Valley families.

“They’ve experienced this road first-hand by losing their loved ones,” she said, holding back tears.

Amid the shift into the Newsom administration in 2018, adding additional highway capacity has become a frowned upon practice.

From implementing the state’s Vehicle Miles Traveled mandates into land use development to limited spending on expanding roadways through Senate Bill 1 (the state’s most-recent gas tax increase), state transportation officials have worked to steer Californians away from highways and toward transportation alternatives, to varying degrees of success.

The unspoken policy against highway expansion appears to have permeated beyond the Fresno County push for Highway 41 expansion.

Leonardo noted that Fresno County wasn’t the only agency to be refused a letter of support for a road project. Madera County did, too.

Both jurisdictions were informed of the refusal via a phone call from California transportation officials, rather than via a formal written refusal.

During the press conference, Leonardo said that the project has already received its environmental clearances to undergo construction (albeit with some rights of way still needing to be acquired).

All that’s missing is the funding to make it happen.

Of the projected $65 million total cost, Leonardo estimated $35 million could be taken care of through Valadao’s funding request and a CalTrans program known as the State Highway Operation and Protection Program (SHOPP).

Qualifying for that program has required a rethinking of the Highway 41 project. Initially, planners sought to construct four new lanes for the stretch of highway.

Meanwhile, the Fresno County Transportation Authority and Fresno Council of Governments are moving to bring the Highway 41 project back into the expenditure plan of Measure C, the county’s half-cent sales tax for roads.

However, that maneuver puts local tax revenue behind already-approved must-fund projects in the pipeline of the measure’s expenditure plan.

Meanwhile, Patterson is pushing for a sit-down with California’s transportation secretary, Kim, to reaffirm the state’s support for delivering the much-needed and long-promised four lanes along Highway 41’s “death trap.”