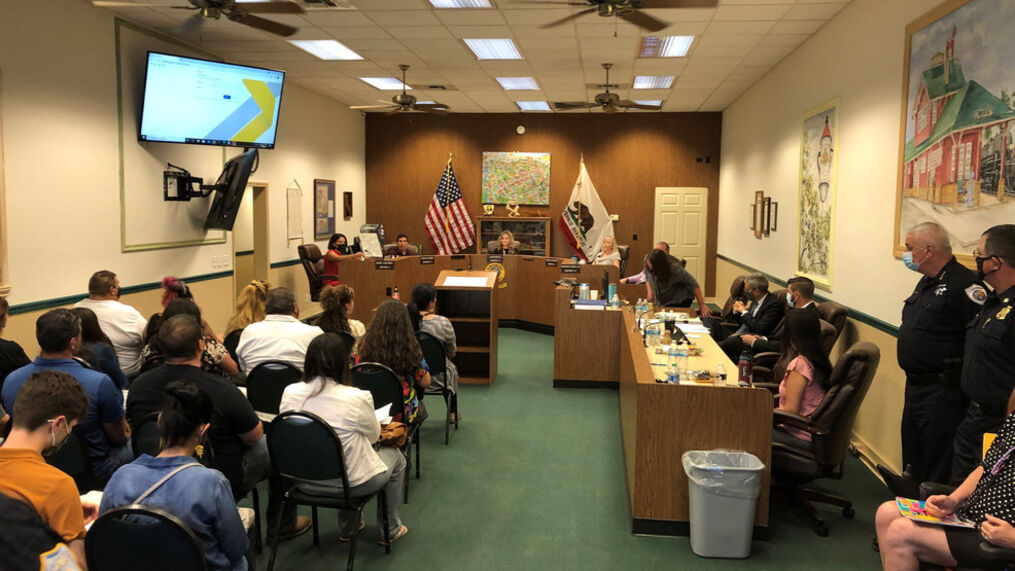 Kingsburg will not fly the rainbow flag over City Hall after all.

City Councilmember Jewel Hurtado pushed her fellow councilmembers to formally proclaim June as Pride Month and fly the LGBT symbol in support of the community.

“This is something I feel will really help a lot of people who do still hide in the shadows or aren’t comfortable to fully come out yet,” Hurtado told Nexstar. “Hopefully it will make them feel more accepted and loved.”

But her attempts were dead on arrival.

Despite an outcry of support from a bevy of activists, Hurtado’s motion to bring the proposal forward died for lack of a second.

The proposal’s failure came after four hours of public comment with hundreds of people outside gathered in front of City Hall, including activists both for and against it arriving from out of town.

The proposal garnered significant media attention on social media after the Fresno County Republican Party told its members that out of town LGBT activists were going to show up and push for Kingsburg to celebrate Pride Month.

In response to that, the California Democratic Party claimed in a Tweet that the Fresno GOP was “intimidating” members of the LGBT community.

Ultimately, while the proposal died, the council agreed to promote a safe and accepting community where everyone feels welcome.

After the meeting, Hurtado posted a Tweet thanking her supporters.