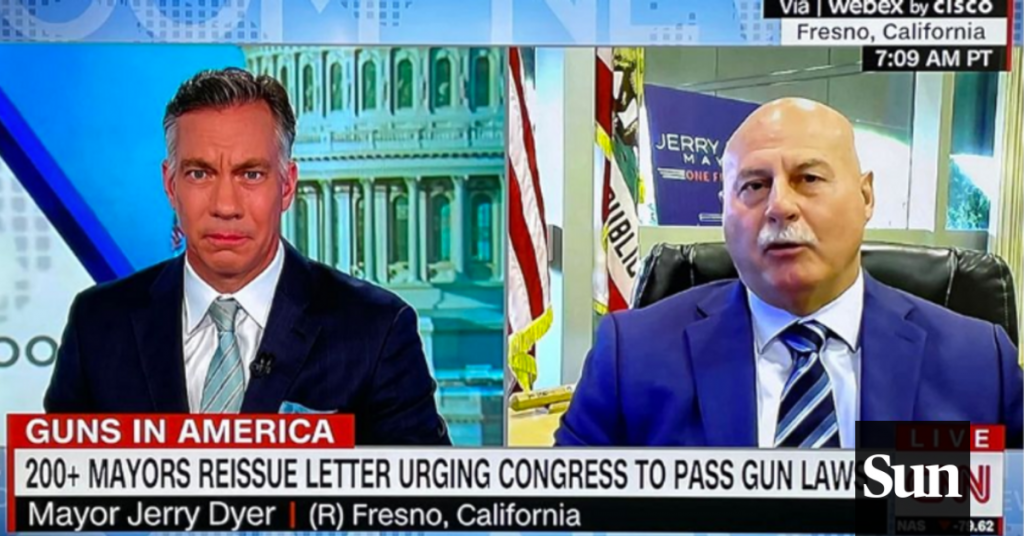 Dyer’s appearance on CNN Tuesday morning came after the U.S. Conference of Mayors wrapped up on Monday.

During the conference, a coalition of 255 mayors issued a letter calling on the Senate to pass two bills that they feel will curb gun violence in the wake of the tragedy in Uvalde, Texas, last month.

“If we are not willing to set aside our extremist views on controlling gun violence, mass shootings will happen with increasing frequency and soon become the norm in America,” Dyer said on CNN.

Both bills were passed by the House of Representatives in 2019 but did not make it through the Senate.

The bills once again passed through the House in March.

In his CNN appearance, Dyer pushed for “sensible legislation to be enacted that will restrict firearm access to those who present extreme risk.”

Dyer, who was Fresno’s Chief of Police for 18 years, noted that he is not “anti-gun” as he was a proponent of concealed weapons permits during his time as the city’s top cop.

In addition to the two pieces of legislation that Dyer and the nation’s mayors are calling for, Dyer also used his time on CNN to call for a crackdown on illegal gun owners and for “preventing the manufacturing of parts that allow for ghost guns to be assembled.”