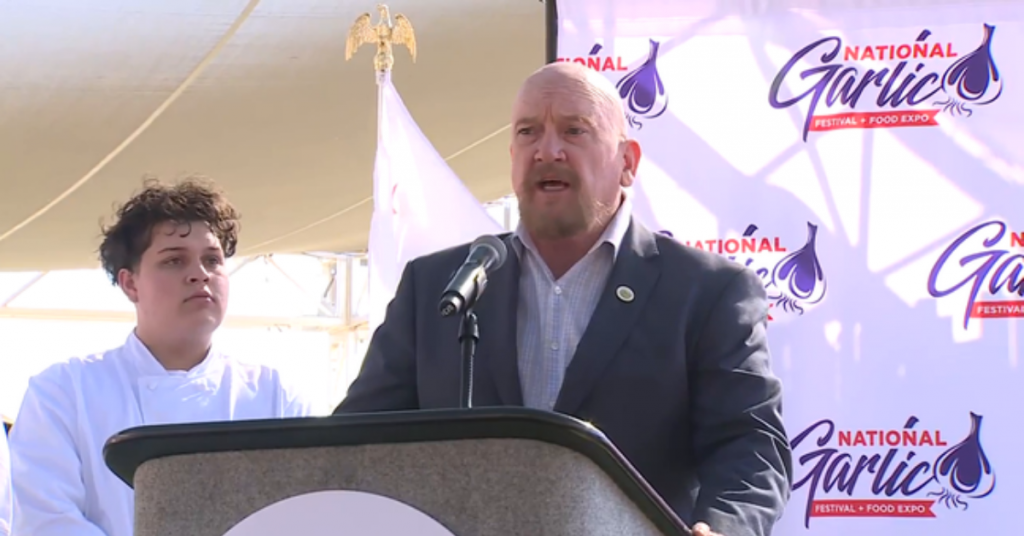 Gilroy, a city that built a brand syonymous with garlic, will not host a Garlic Festival in 2022 – or for the foreseeable future, organizers announced on Friday.

The Gilroy festival’s board of directors announced this citing lingering issues from the COVID-19 pandemic along with prohibitive insurance requirements by the city of Gilroy. The world-famous garlic festival has become a part of Gilroy’s heritage since the 1970s.

Thousands of people travel from all over to experience various dishes with garlic in them and see famous chefs cook them up, and the event has raised millions of dollars for local charities.

The board says the garlic festival will never be the massive event it has been in the past. Instead, it could one day be a more intimate local festival allowing the community to celebrate still but all of that is unknown.

People who go every year will surely be disappointed and sad to hear this, especially after all the festival has survived. In 2019, a mass shooting happened at the festival killing three people and injuring 17 others. It was canceled in 2020 due to the pandemic and last year it was a drive-thru event.

The news couldn’t be better for Pete and Nico DeYoung, the father-son duo organizing the National Garlic Festival in California’s true capital of garlic: Fresno County.

The pair announced a mid-May festival at the Big Fresno Fairgrounds in hopes of rivaling Gilroy’s longtime event while promoting Fresno County as the nation’s top garlic-producing region.

“About 80% of all garlic in the United States was grown in Fresno County,” National Garlic Fest CEO Pete DeYoung said. “There’s 24,000 acres in Fresno County that’s dedicated for growing garlic. Then we send it to Gilroy to have it processed. And that’s how they became known for garlic and their festival. We’re certainly happy to celebrate garlic anywhere. But really, the garlic movement starts in Fresno County.”

The National Garlic Festival is scheduled for May 13 through 15. Tickets range from $10 to $50 for attendees.