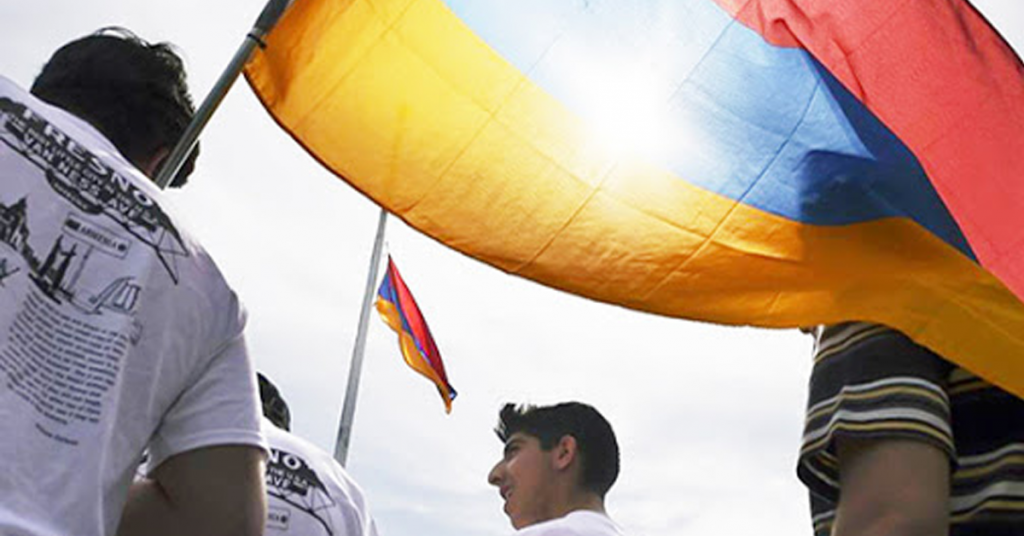 Following up on last year’s debate over honorary flag raising ceremonies, the Fresno City Council was set to approve a new flag-raising policy to govern which flags can be raised at City Hall.

Instead, the proposal was pulled from the agenda by Councilman Miguel Arias on Thursday.

That drew a question from Councilman Mike Karbassi: Will the Armenian flag still be allowed to be flown next month in commemoration of the Armenian Genocide?

City Attorney Doug Sloan clarified that the Armenian flag will be allowed because it has previously flown in front of City Hall.

The now-defunct flag raising policy came into consideration after talk about flying the LGBT Pride flag dominated the City Hall for an extended period last June.

Dyer initially refused to fly the Pride flag, due to what he said was an unwillingness to open the door to other groups such as the Proud Boys to fly their own flag.

But, in a tearful press conference surrounded by members of Fresno’s LGBT community, Dyer ultimately flipped and promised the rainbow flag would fly outside of City Hall.

Before that happened, however, Dyer proposed Unity Park at Eaton Plaza, which offers several flag poles for honorary events.

While Unity Park is up and running today, the city is still without a policy to govern honorary flag raisings.

The proposed resolution was placed on the agenda by the Dyer administration.

If it had passed, it would have allowed the city manager to compile a schedule of events for the year that can allow flags to be raised at either Fresno City Hall or Unity Park.

The proposal would have also allowed City Hall or the downtown water tower to be lit up with a particular color to honor an event.

Fresno residents would have been able to submit requests to the city manager’s office to have a particular flag flown.

The proposal would have allowed the following events to have flag raisings at City Hall through the rest of the year:

All other requests would be considered for Unity Park.