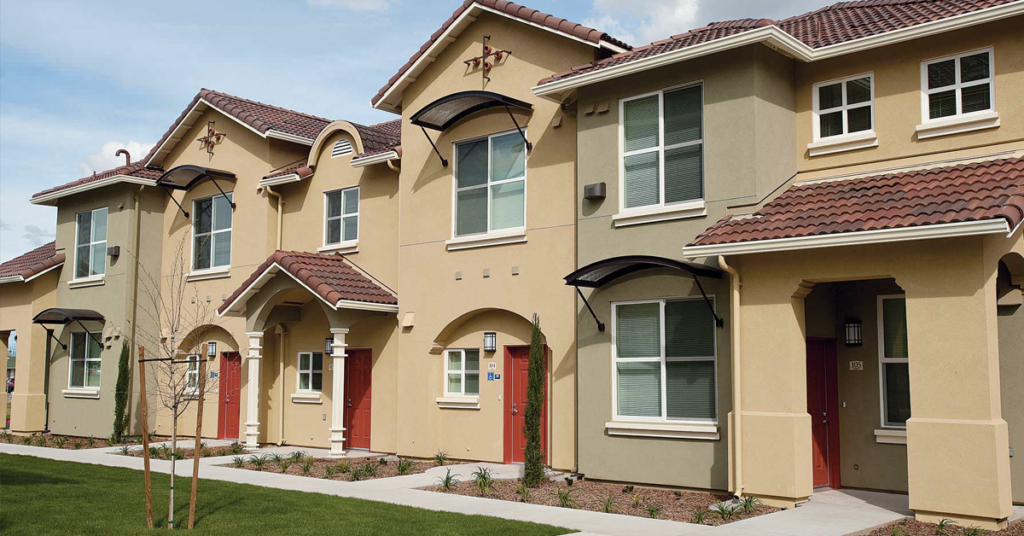 An apartment complex for low-income renters could be headed for Northwest Fresno.

Details on the proposed project remain sketchy. But I suggest what is tentatively called Barstow Commons gives us another window into the increasingly important – and controversial – world of housing in California.

The Fresno Housing Authority is the project developer. The Fresno Council of Governments’ Airport Land Use Commission reviewed the project on Monday, July 1.

According to the Housing Authority’s operational statement submitted to the Commission, the project site consists of 2.77 acres of vacant land at 130 W. Barstow.

This is on the north side of Barstow, between Blackstone and Maroa avenues. The former Orchard Supply Hardware store is a stone’s throw away to the east. There are apartments on three sides of the site.

The Housing Authority’s plan is to build 42 units of affordable housing for families and individuals at or below 80% of area median income. There would be a community building of about 4,000 square feet. All told, there would be six buildings, each two stories high, and 59 parking stalls.

The statement says city code requires such a project to set aside 20% of the site for open space. This project expects to have 15% open space. The Housing Authority will request a concession on this issue.

There will be an on-site property manager. An estimated 55 people will live in the 42 units. There will be enough lights installed throughout the complex to ensure that all areas are visible. The community building and office spaces will have alarms and will be monitored.

There will be plenty of meetings where neighbors can voice opinions on all aspects of the proposed project.

“The project will help address the needs of the Fresno General Plan by developing much needed affordable housing units,” says the statement.

1.) The Housing Authority does great work. This would not be the Authority’s first project in North Fresno. For instance, the Authority not too long ago remodeled an apartment complex in El Dorado Park, near Fresno State. I attended the grand reopening. The complex was (is) beautiful.

3.) At the same time, more affordable housing in North Fresno has been a goal of some policy-makers at City Hall. In particular, I think of former District 3 Council Member Oliver Baines. He often wondered from the Council Chamber dais why affordable housing projects – be they publicly or privately funded – are concentrated in Southwest and Southeast Fresno. We’re all in this together, Baines would say. Ample affordable housing opportunities should be available throughout the city, he would say. I wonder if Barstow Commons signals a more aggressive Housing Authority effort to build affordable housing in new corners of Fresno.

5.) The feds also take a keen interest in housing policy. The idea is that housing policy and access to opportunity go hand in hand. Some neighborhoods offer its residents more opportunities for success than others.

The feds during the second Obama Administration issued a new Affirmatively Furthering Fair Housing Rule. The feds told City Halls across America that the shorthand definition of affirmatively furthering fair housing is “taking meaningful actions, in addition to combating discrimination, that overcome patterns of segregation and foster inclusive communities free from barriers that restrict access to opportunity based on protected characteristics.”

The AFFH Rule has come under fire in the Trump Administration. Even so, HUD Secretary Ben Carson said last year: “We do not have to abandon communities in need. Instead we believe we can craft a new, fairer rule that creates choices for quality housing across all communities.”

6.) Finally, zoning reform in California is becoming a hot topic in certain parts of the mass media. A stunning paradox drives this interest.

California has one of the mightiest economies in the world. But California also has the nation’s highest poverty rate when housing costs are factored into the analysis.

New York City-based City Journal does a superb job of exploring the impact of zoning laws and public sentiment on housing inventory in California.

Fuller and Gray write: “For all the disturbing media coverage of homelessness and displacement in the Bay Area and Los Angeles, the housing crisis has mostly been a boon for California homeowners. The planning-induced scarcity—coupled with soaring tech-sector salaries and a steady flow of billion-dollar IPOs—has sent house values skyrocketing. Even now shacks command bids well north of seven figures. Houses that might have sold for $40,000 in the 1970s can easily go for $2.5 million today.”

Fuller and Gray obviously aren’t talking about the housing markets in Fresno and the San Joaquin Valley. But I suggest that the politics and passions of zoning are the same here as in the Bay Area and Southern California.

We have a long way to go before a ribbon is cut for Barstow Gardens. But I wouldn’t be surprised if the journey highlights some of the upcoming challenges of housing policy throughout Fresno.