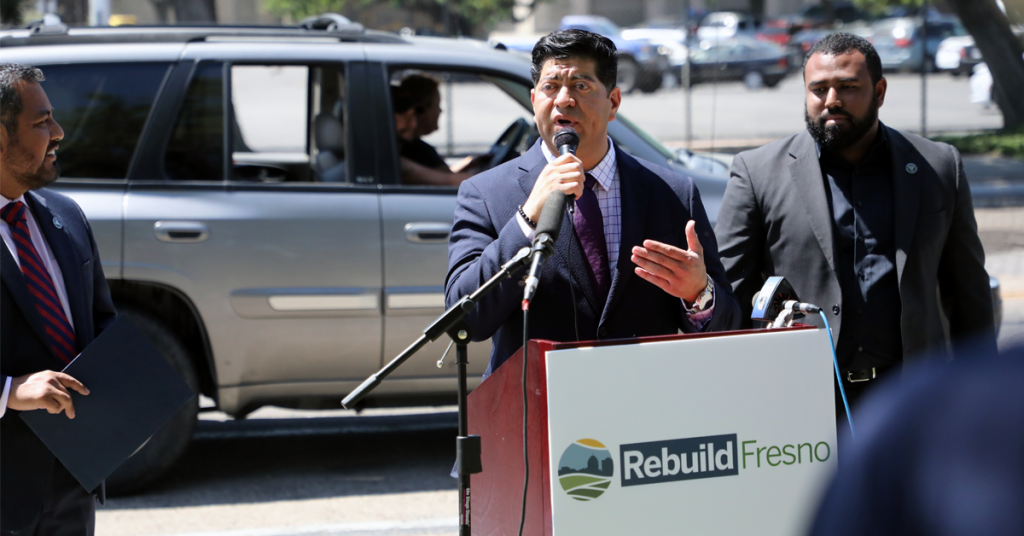 Standing in front of a crew of workers paving a once-badly torn-up southeast Fresno street, a trio of Fresno City Council members announced a five-year plan to turn the city’s post-pandemic cash infusion into a citywide revitalization effort.

“We know that we always talk about “One Fresno’,” Chavez said, alluding to Dyer’s campaign motto-turned-governing mantra. “But I can tell you that we can’t get to ‘One Fresno’ unless we rebuild Fresno, and it’s going to start with rebuilding a lot of these neighborhoods that are over 100 years old.”

Chavez said that, in 12 years of city service in various capacities, budget battles were repetitious for south Fresno lawmakers: not enough money to go around to deliver much-needed improvements to various neighborhoods.

“South Fresno is forgotten no more,” Chavez said of the budget proposal.

Noting that the city has amassed more than $1 billion in deferred maintenance on its key infrastructure, Esparza said it would be easy to pass the buck onto past city leadership.

“However, at some point the leaders of today have to begin to turn the tide,” he said. “And that time is now.”