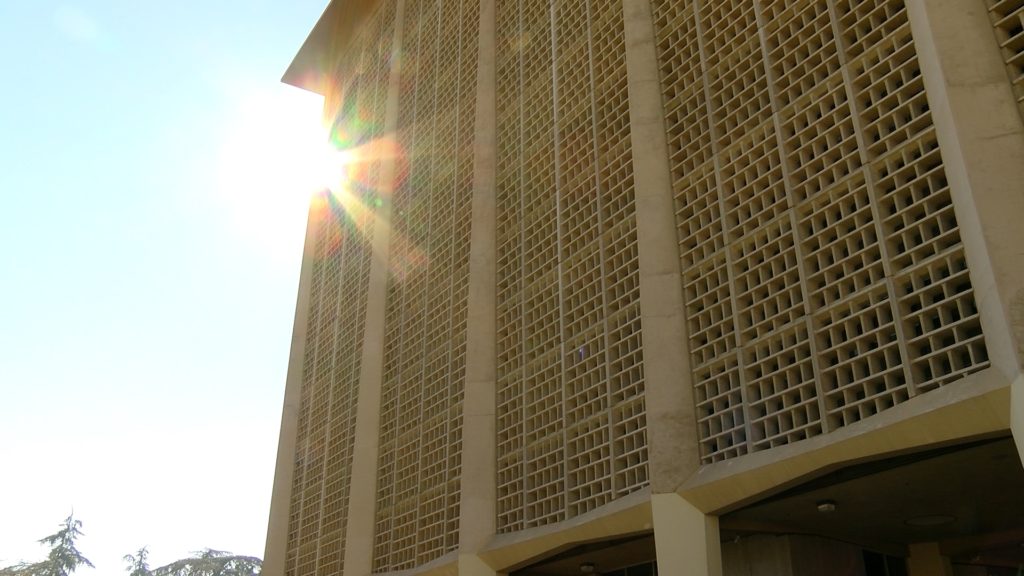 The appeal could give hearing officer Michael Flores an opportunity to create formal guidelines for City Hall’s handling of the exercise of Constitutional rights such as freedom to assemble, freedom of speech and freedom to petition the government.

Flores routinely posts in the City Clerk’s Office his hearing calendar for the upcoming month. The May calendar features a hearing at 9:30 a.m. Thursday for an administrative citation. The appellant is listed as Fresno Superior Court.

I called Flores on Monday to find out what’s up. He kindly returned my call.

Flores said the Fresno Fire Department has cited the court for overcrowding in the jury assembly room. We’re talking about the assembly room in the breezeway of Fresno County’s main courthouse in Courthouse Park.

I asked Flores if there are documents (the Fire Department’s report; Superior Court’s response) I could review. He said the packet of information isn’t public record yet, but I’m free to attend Thursday’s hearing.

I contacted Fire Chief Kerri Donis. She said it would take time to gather the materials and determine what’s available for public review. I thanked the Chief. I said I’d wait until Thursday.

I contacted Suzanne Abi-Rached, Court Division Manager and Media Coordinator. She replied by email: “We are unable to comment on a pending action.”

Many of us in Fresno County have met our civic (and legal) responsibility by responding to the call of jury duty. A trial by jury is a Constitutional right. And many of us have seen what the jury assembly room in Superior Court/Courthouse Park is like early in the morning as the legal system prepares for another day of dispensing justice. The room bristles with activity. Sometimes it gets crowded.

Let me note again: I haven’t seen any of this hearing’s paper trail. I’m going only by a brief chat with Flores. But it appears we’ve got a case where the Fire Department is saying something along the lines of: Trial by jury isn’t honored by putting prospective jurors in possible mortal danger due to stuffing too many of them into an assembly room.

Flores told me that sometimes the two sides in an appeal settle things before the scheduled hearing takes place. He said that could happen in this case.

But maybe it would be best for democracy in Fresno if officials from the Fire Department and Superior Court give it their best shot in front of Flores and the public.

The jury assembly room isn’t the only sacred site of self-government that sometimes has an overcrowding problem for the best of reasons.

I’ve seen the Fresno City Council Chamber get packed like a can of sardines. Important and controversial issues come before the Council. People want to say their piece. They want to assemble as a unified group. They want their government to formally receive their written requests.

At the same time, it does self-government no good to put citizens in possible mortal danger by stuffing too many of them into a council chamber.

Michael Flores knows his law. The case of Fresno Fire Department v. Fresno County Superior Court would give him an opportunity to present a balance between public safety and Constitutional rights.

His judgment would apply to Fresno County Superior Court. But it would also be a signal to Fresno City Hall: Get your crowd-control act together because Fresno Fire Department inspectors play no favorites.