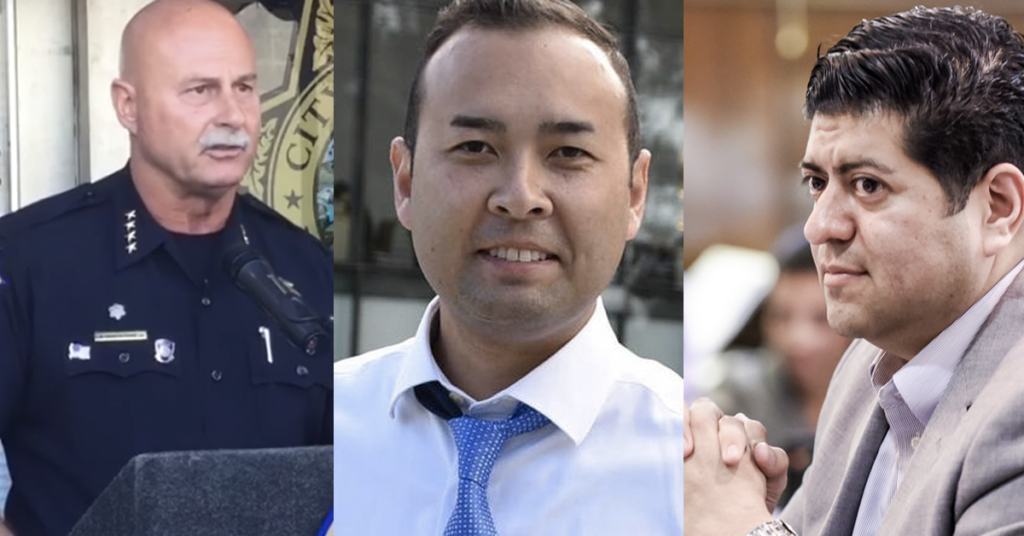 Fresno Mayor Lee Brand announced on Monday on KMJ’s “Ray Appleton Show” that he would not seek a second term as Mayor of Fresno.

However, following Brand’s announcement, Dyer issued a statement to press:

“I am strongly considering running for the Office of Mayor,” Dyer said. “However, prior to making a final decision, I will be consulting with those closest to me and seeking God’s affirmation.”

Dyer said that he had been asked “many times over the past few weeks” about a potential Mayoral bid.

Earlier this month, news that the police chief recently placed his home, located in the County of Fresno, up for sale added speculation to the idea that he may take a plunge for the top job in the city.

Dyer, who once considered running for Mayor in 2016, is headed for retirement in October. Fresno Mayor Lee Brand is currently in the midst of a public search process to find a replacement for Dyer.

Chavez, like Dyer, made a statement announcing his candidacy.

“The city is at a crossroads and we need leadership that can bring all parts of our city together,” Chavez said in his statement. “My almost 10 years serving residents across the city make me the most qualified candidate for Mayor.”

“The election of a mayor from south Fresno would be historic and a turning page in our cities [sic] history that we will no longer be a tale of two cities,” Chavez added.

Andrew Janz, the Fresno County prosecutor who announced his candidacy weeks ago arguing Brand failed as a leader, thanked Brand for his service to the City.

“I want to thank Lee Brand for his long-standing service and commitment to our great city,” Janz said in a statement. “It’s time that we come together as a community. I look forward to sharing my vision for the City of Fresno in the coming months.”