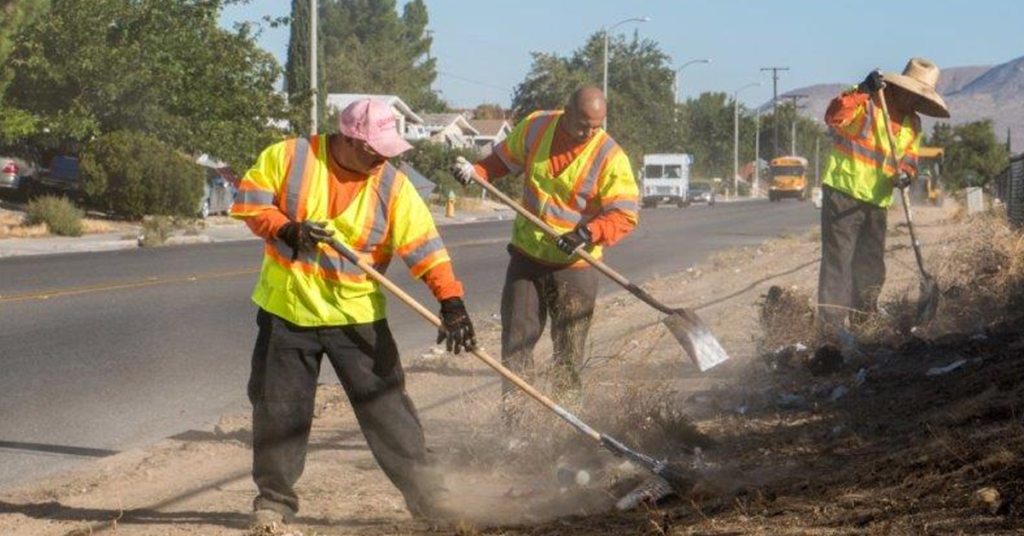 Fresno’s weed abatement program is a reminder to the City Council of an old truth: Be careful what you wish for because you just might get it.

At issue is the hiring of a company to provide weed and public nuisance abatement services for the city. In theory, City Hall shouldn’t have to make such a hire. It is the responsibility of property owners to do things like keep their places free of rubbish, old tires and weeds. The draining of pools and the installation of Lexan sheets on vacant houses also fall into this category.

But some property owners fail to do their duty. City Hall then calls on an abatement company to do the job. The company is paid a certain amount based on the type of abatement job. The city then tries to recoup its expenditure from the property owner. This might entail the City Attorney’s Office getting involved. The winning company is expected to handle 21 different abatement services.

The Council on Aug. 22 awarded a one-year contract with four one-year options to Fresno-based Sequoia Western to provide weed and public nuisance abatement services. The cost is a maximum of $350,000 a year. Over a five-year period, the contract’s maximum would be worth $1.75 million to Sequoia Western.

The vote was 6-1. Council Vice President Miguel Arias voted no.

The debate and vote took a mere six minutes. But what an interesting six minutes for City Hall watchers. That’s because what the council approved ended up with a big twist on what the staff report recommended.

It turns out that only two companies responded to city’s effort to find a worthy company to do the job. This effort entailed a “request for proposal” or RFP. The two companies were Sequoia Western and A & S Grading Services, also based in Fresno.

The staff report submitted to the Council was written by two members of the Code Enforcement Division. However, it had the final approval of City Attorney Doug Sloan, not DARM Director Jennifer Clark. That’s a big sign of just how things have changed in the way Fresno handles code enforcement.

In prior years, the staff report says, “the City has utilized multiple contractors for the proposed Abatement Services. To improve timeliness and efficiency, and to streamline the abatement request process, Staff worked through the Purchasing Division to produce a public bid on April 16, 2019, with a filing deadline of May 7, 2019, seeking a single contractor with the capacity and experience to perform Abatement Services.”

An evaluation committee reviewed the Sequoia Western and A & S Grading proposals. Sequoia Western was the committee’s unanimous choice. The cost of doing business with the two companies was essentially the same, the staff report said.

Sloan in his report says: “Staff is in agreement that Sequoia Western is capable of providing the City with necessary services in a timely and efficient manner. Specifically, their bookkeeping methods and past experience with the City has been exceptional, they have demonstrated having sufficient labor and equipment to handle all of the 21 various Abatement Services in a timely manner, and are expected to provide the best response times and constant availability when Abatement Services are required.”

Instead, the contract turned into what might be an empty victory for Sequoia Western.

The Council’s review of the Sequoia Western contract was done at the end of Thursday’s meeting. Things moved fast.

City Attorney Sloan said, “Would you like a presentation on this or do you have questions first?”

In the old days, the DARM director or the City Manager would have asked such a question. But that was before Code Enforcement became part of the City Attorney’s Office.

Soria said she would support the Sequoia Western contract only if it were limited to the time it takes to open and complete a new RFP process.

“I think there are a number of other vendors that could potentially do similar work,” Soria said. “I would love to see another competitive process go out.”

“At any point, with 60 days notice, we can terminate that contract,” Sloan said. “If you choose, we can start a process immediately and make it more inclusive, possibly bring it back next time to say one or more contracts, not necessarily just one.”

In other words, Sequoia Western went from looking at a potential five-year contract worth $1.75 million because it had successfully jumped through all of the procedural hoops demanded of it to a contract guaranteed to get it fired by Thanksgiving or soon thereafter.

Soria made a motion directing Sloan to get to work on immediately reopening the RFP process. It was this motion that carried 6-1.

Three points are worth noting.

First, Council Member Mike Karbassi got staff to explain how an abatement company would have submitted an RFP. In a nutshell, the company would have registered at a City of Fresno online site. The company would have been notified whenever RFPs were being taken for job opportunities in its area of expertise. Karbassi was told this is routine business practice in today’s digital world. The City of Fresno is constantly seeking RFPs for a wide variety of jobs. When asked how many businesses are registered online with the City, a staff member said, “Thousands.” The weed abatement RFP was also advertised in The Fresno Business Journal.

Second, only Karbassi among the seven council members showed some sympathy for Sequoia Western. Karbassi said he would support Soria’s motion to reopen the RFP process.

“My only concern,” Karbassi said, “is that I don’t want the impression that the city didn’t do its job. Sequoia Western is going to be pretty upset right now because they did the process properly and they may not get the contract. But it is good – we want to have choices. I understand that, too. It’s my understanding the city did its job and there was an open process.”

Third, it’s not uncommon in a city the size of Fresno for a losing vendor to be upset at losing out on a contract and asking the council to reopen the process. What was unusual about Thursday’s debate was the near total absence of input from the executive branch. Assistant City Manager Jim Schaad reminded vendors to register online by classification of work so they can get RFP emails in a timely manner. He said the City has a help line to aid vendors in negotiating the digital site. Otherwise, that was it from the Brand Administration. DARM Director Clark was nowhere to be seen. My point: This particular bureaucratic challenge, which once would have belonged per the City Charter to the Executive Branch, now belongs lock, stock and barrel to the Legislative Branch.

Council Member Arias on Tuesday (Aug. 27) told me that he voted no because he didn’t want any contract awarded, regardless of its length or 60-day termination notice. Arias said he wanted to begin an immediate and aggressive RFP process that would generate a bigger and more diverse response among vendors. Arias also said he thinks it’s a mistake to give the entire contract to just one vendor.

“My goal is to have as many local companies doing the work as possible,” Arias said.

The City Council has been in charge (through its control of the City Attorney’s Office) of the Code Enforcement Division for a short time. It will be interesting to see how the seven council members in the coming months come together to administer this vitally important and very complex division. It will take a lot of management skills to avoid future stumbles like the one witnessed last Thursday with Sequoia Western and A & S Grading.

Especially when you consider the mandates of the state Open Meeting Law.