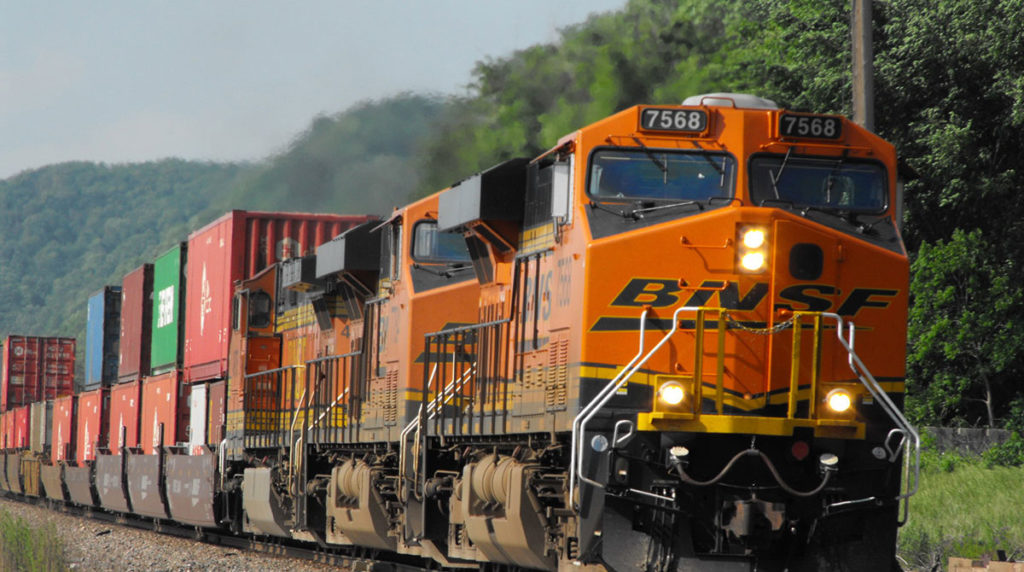 That was my thought after chatting on Friday with Mike Leonardo, executive director at the Fresno County Transportation Authority.

The Authority board met last week. One of the items on the agenda’s consent calendar was a financial report from Fresno County Auditor/Controller Oscar Garcia. The report notes that the Measure C transportation tax produced nearly $391,000 in January and nearly $408,000 in February for rail consolidation. As of the end of February, almost $3.8 million had been deposited in the Alternative Transportation Program/rail consolidation account in Fiscal year 2018-19.

Fresno has Union Pacific and Burlington Northern Santa Fe railroad tracks running through separate parts of the city. Both railroad systems are busy. We are fortunate to have two dynamic economic catalysts such as the UP and BNSF lines. But their heavy use each day causes mobility challenges for the rest of us. Community leaders have long viewed some type of rail consolidation as a win-win solution.

I recall the late 20th century and the very early 21st century as being the political heyday for the rail consolidation effort. It seems that the considerable hubbub over the bullet train has all but killed serious rail consolidation talk. The public has only so much emotional energy to devote to complex rail projects.

So, I was a bit surprised to see rail consolidation continue to rake in the Measure C bucks. I gave Leonardo a phone call on Friday afternoon. “What gives?” I asked him.

It turns out that the Alternative Transportation Program was part of the spending plan when the 20-year Measure C extension was approved by voters in 2006. The current estimate is that Measure C will produce about $80 million for ATP over those 20 years.

Remember the $25 million that local political leaders set aside to help build the bullet train’s heavy maintenance facility south of town should the High-Speed Rail Authority board pick Fresno as the preferred site? Leonardo said the money comes from Measure C’s Alternative Transportation Program. (Only about $500,000 of the $25 million has been spent so far; the fate of the remaining $24.5 million remains uncertain because the bullet train’s fate is uncertain.)

But, as Leonardo told me, it’s highly unlikely that rail consolidation could now occur – if it ever had an honest chance of happening.

How much unspent money is the Rail Consolidation/ATP account expected to have by 2026? Perhaps $40 million, Leonardo said. I don’t know if that includes the $24.5 million from the campaign to land the bullet train’s heavy maintenance facility. I sensed from Leonardo’s comments that the $40 million estimate does not include the $24.5 million for the heavy maintenance facility. But he didn’t specifically say so.

If it doesn’t, I wouldn’t be surprised if some of that $24.5 million found its way back into the Rail Consolidation/ATP account between now and 2026. Either way, the ATP account figures to have a lot of unspent/unallocated money.

So, how is the Transportation Authority board to spend all those millions that have little chance of going to rail consolidation.

Leonardo said he’s in preliminary talks on this issue with City of Fresno Public Works Director Scott Mozier. “We’re staff,” Leonardo said of himself and Mozier. In other words, elected officials at Fresno City Hall, the Fresno Council of Governments board and the Transportation Authority board will ultimately make the call. Measure C, after all, is a countywide tax.

Leonardo and Mozier are talking about rail/street grade separations. A possible candidate: The area of McKinley and Blackstone avenues next to Fresno City College, where the BNSF line crosses both streets at an angle.

A grade separation at McKinley/Blackstone would also be plus in revitalization efforts along the Southern Blackstone Corridor.

Jim Wasserman, my old friend from The Fresno Bee, wrote an article in March 2001 about yet another push for rail consolidation. He wrote that Fresnans had been talking “for eight decades” about rail consolidation. Wasserman quoted Sylvia Mehas, who had lived in the neighborhood for 54 years. “My time is running out. Let’s get this done,” Mehas said.

Rail consolidation probably always was too expensive. It was to cost $300 million to $400 million some 20 years ago. No telling what it would cost now.

But perhaps it’s not too late or expensive for grade separations at McKinley/Blackstone. Political will is the key.