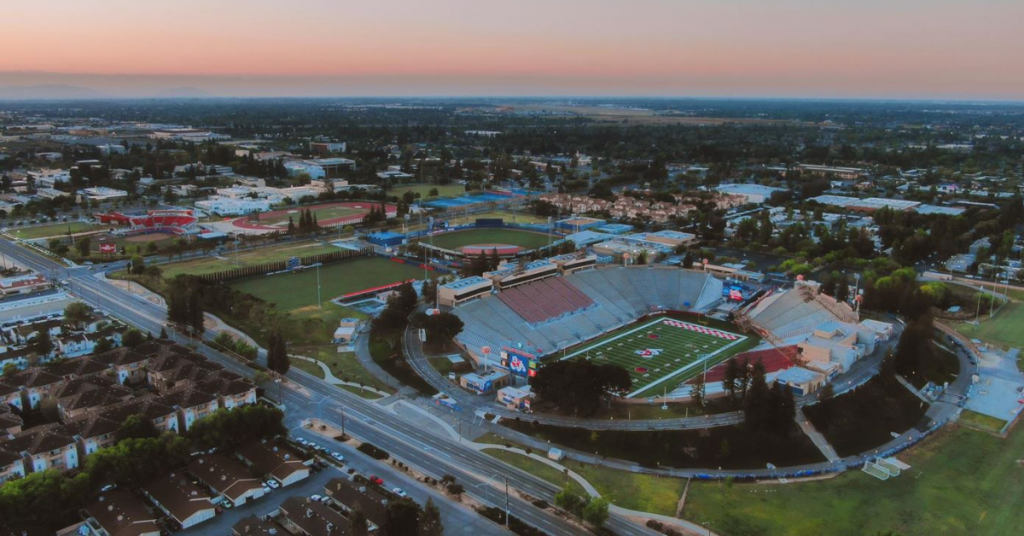 One day removed from its placement on the November ballot, a first-of-its-kind, 20-year local sales tax to fund improvements for Fresno State’s academic and athletic facilities is already under fire.

If voters approve the tax, the measure will enact a 0.2 percent sales tax in Fresno County, with the exception being the City of Reedley, which will see its share rise only 0.025 percent.

The tax is projected to funnel $36 million annually to Fresno State, and with a 20-year term, the university could see a financial windfall around $720 million.

One-third of the funding will be used to renovate the aging football stadium that turned 42 this year.

The other two-thirds of the tax will support academic facilities and programs, including scholarships for local low-income students.

Local builder Richard Spencer has served as the measure’s chief financial backer, and Tim Orman, the former chief of staff for Fresno Mayors Lee Brand and Jerry Dyer, was brought on board to lead the effort.

Fresno State previously announced major stadium renovations under former Athletic Director Jim Bartko shortly after he came on board in 2014, but those plans never materialized by the time he stepped down in 2017 and were altogether cancelled the year after.

In comparison to Fresno State’s efforts to take the publicly-funded route, rival Mountain West foe and California State University compatriot San Diego State is opening up the brand new state-of-the-art Snapdragon Stadium in the fall, which was financed by revenue bonds issued by the California State University system to be repaid through a combination of personal seat licenses, on-going stadium operations, and private backing from university boosters.

The privately-funded effort is one that local conservative group the Fresno County Lincoln Club would like to see in the Central Valley, which formalized its opposition to the tax issue on Tuesday.

Another option to avoid going to the local taxpayer, Lincoln Club Chairman Michael Der Manouel Jr. noted, would be for Fresno State to turn to Gov. Gavin Newsom for help.

“While it is an abomination that Sacramento is holding $97 billion in taxpayer funds hostage as a surplus, it’s an even greater crime to squeeze Fresno County taxpayers for hundreds of millions to fix up a stadium,” Der Manouel Jr. said in a statement to The Sun.

“If things are in such dire straits, Fresno State and its backers ought to demand more out of our legislators, Governor Newsom, and CSU Trustees to fund operations and improvements. We’ve paid enough.”

Lincoln Club Vice Chairman Tal Cloud concurred with Der Manouel Jr. and questioned Fresno State’s relationship with its donors, who once financed the construction of the stadium in the late 1970s.

“This tax hike is an embarrassment for the Red Wave. Unlike Mountain West rivals like San Diego State or top-tier neighbors like USC, Fresno State alumni can’t even support their college programs enough to finance maintenance on a stadium built on private dollars,” Cloud said in a statement to The Sun.

“Decades of poor university leadership pilfered donor money and scared off boosters. Now we, the taxpayer, are being shaken down to foot the bill.”

Lincoln Club leaders added that their opposition extended to the fact that measure backers did not consult members of the Bulldog Foundation, the principal booster organization of Fresno State athletics, or the public at-large.