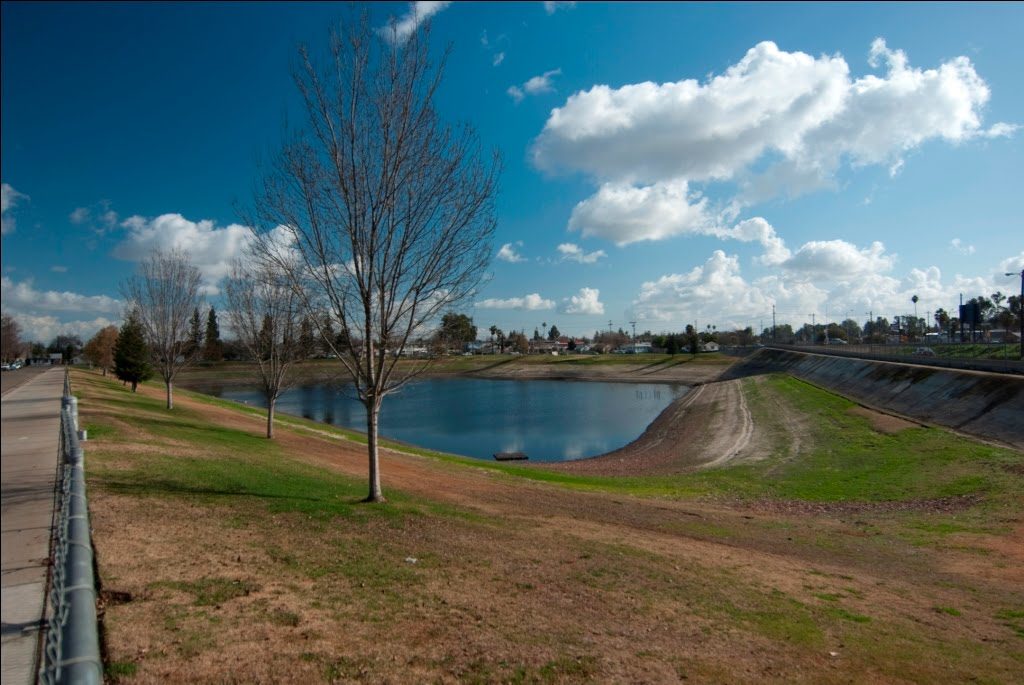 The experiment to super-energize water recharging efforts at Fresno’s Leaky Acres appears to be working.

The City Council in December 2017 approved a deal with a company called The Water Group. The issue at hand is Fresno’s underground water supply. There’s a lot of water down there. This has been a boon to Fresno since the 19th century. But groundwater levels have been dropping for decades. For a variety of political and practical reasons, the time has come to replenish the aquifer.

Percolation at recharge basins such as Leaky Acres in east-central Fresno takes time. After a wet winter, like we had in 2018-2019, Fresno might have access to more river water than usual. That’s the perfect opportunity to have our cake and eat it too – water for agriculture, water for industrial/residential use, water for recharging the aquifer.

But if all available recharge basins are working at maximum capacity, how does Fresno accept these providential allocations of additional water and get them into the aquifer in a timely manner?

As I wrote for The Sun not long after the City Hall-Water Group deal, “the company says it has a patented system that speeds up Mother Nature’s percolation.”

Tommy Esqueda, then the director of Public Utilities, described the system to me as “putting ‘unique’ straws in the ground. The depth and spacing of these ‘straws’ are designed to maximize groundwater recharge.”

The company said its system can deliver two to four times as much water into the aquifer as old-fashioned percolation. The December 2017 deal called for an experiment at one of Leaky Acre’s basins. There would be no upfront cost to the city. If the experiment worked as planned, City Hall and the company would carry on as partners, with ratepayers paying for the service.

Esqueda told me 18 months ago: “Right now the question is: Does it work? But the possibility of getting more water into the ground in the same footprint is exciting.”

I recently filed a state Public Records Act request with City Hall, asking to see any progress reports. City Hall sent me two reports from Detroit-based Parjana Distribution. Parjana, according to its website, holds the patent for EGRP – Energy-passive Groundwater Recharge Product. EGRP is what’s being used in the Leaky Acres experiment. Parjana describes itself as “an innovative environmental consulting group delivering solutions for a variety of water management solutions.”

The Water Group is Parjana’s representative in the California water market.

The most recent report comes to four conclusions:

1.) Parjana’s EGRP system has increased infiltration on the experiment basin over 7 times the pre-established rate. Parjana “notes that the EGRP system is not fully acclimated at the present time. Acclimation is a period where infiltration rates will fluctuate as the new water paths are being created in the existing soil. This period can take 3 to 12 months. After acclimation, infiltration rates are expected to reach a constant rate considering seasonality and head pressure effects.”

3.) “Infiltration rates during the months of January, February, and March are uncommonly high when compared to previous years (without Parjana EGRP) despite the temperature decrease that causes rates to decline….”

The report says testing will continue through the summer. The contract, dated Dec. 8, 2017, is for 820 days. It’s not clear to me how much money, if any, has passed from Public Utilities to Panjana/Water Group so far. The Public Utilities staff report of Dec. 7, 2017 said “the potential full cost of the agreement in the amount of $212,387 will be requested for inclusion in the Water Division’s Fiscal Year Capital Improvement Project Budget….”

Public Utilities’ staff report of Dec. 7, 2017 summarizes the stakes: “With Council’s affirmative action, and use of new infiltration technologies, the City will ensure that a balanced and sustainable water resources portfolio can be achieved in accordance with established water resource planning timelines.”

I contacted City Hall for a response, but without success.