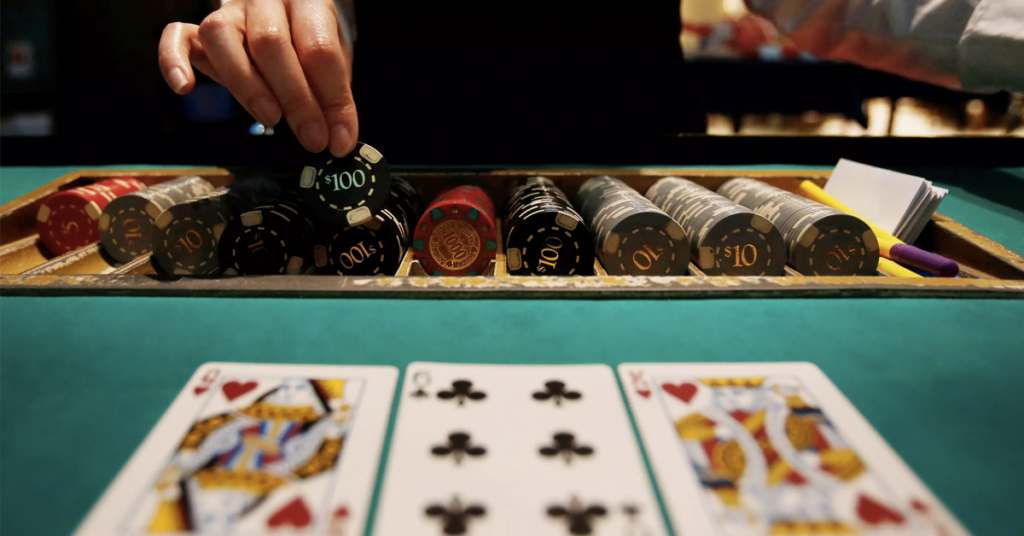 The Clovis City Council decided a sure thing is the best bet when it comes to negotiating with owners of the city’s only card room.

A proposed tweak to the licensing fee was on the table. The council opted for the status quo.

The clock is now ticking on whether the council made the right decision.

The council earlier this month considered a proposed amendment to its licensing deal with K & M Casinos, Inc., owner of the 500 Club, a 20-table card room on Shaw Avenue. K & M offered to pay City Hall a flat fee of $2,750 per table per month.

The current agreement, signed last year, is based on a percentage of the 500 Club’s revenues. The fee schedule calls for the city to get 6.25 percent in Year One, 8 percent in Year Two and 10 percent annually thereafter.

The council also had before it considerable data providing context to what in essence is a time-worn gamble that has gone by the cliché: A bird in the hand is worth two in the bush.

Let’s start with a bit of history based on documents on the city’s website.

The Sarantos family began renting the 500 Club building at 500 Clovis Avenue in 1953. In 1974, Louis and George Sarantos bought the club from their parents and formed a partnership.

Two significant things happened in 2009. Louis Sarantos sought to buy his brother’s 50% share. And Louis Sarantos decided to move the card room from the Clovis Avenue site to the current site on Shaw. Both actions required council approval.

It took a while, but eventually the council approved the sale, the new location and an expansion from six to 18 tables. (The 500 Club Bar and Grill continues to operate at the Clovis Avenue site.)

The council in 2018 approved the sale of the card room license to K & M Casinos. Another two tables have been added to the operation.

So, you’ve got just one card room business in a fast-growing city of more than 100,000 people. The operation has grown. And you’ve got relatively new owners who understandably want to maximize their investment in an operational environment that includes escalating labor costs. Among other things, that means investing in a better gaming experience in a region with no shortage of competition (i.e. Club One Casino in Fresno and a handful of regional Indian casinos).

Jarhett Blonien, a Sacramento lawyer representing the 500 Club, summed up his client’s challenge in an August 21 letter to Clovis City Manager Luke Serpa.

“The current fee schedule hinders the business’s ability to increase the net revenue since the casino is paying a tax based on gross income.” Blonien wrote. “While the city(‘s) current fee structure excludes certain promotional revenue and food and beverage revenue, it does not accommodate for increases in revenue driven by specific promotional opportunities, such as rebates, match play and bonus chips. These promotions increase gross revenue to a disproportionate level which the current fee structure does not contemplate.”

“For example, if the casino were to spend $2 million in promotional activities to generate more business which then generates $2.2 million in gross revenue, the casino would owe $220,000 to the city. This will leave the casino with $1,980,000, $20,000 less from where the business started. At this point the casino is better off staying stagnant rather than building the business.”

Blonien proposed simplifying the fee structure in a way that provides “the City and the 500 Club with operational certainty.”

The city staff report written for the council’s Sept. 3 meeting listed the 500 Club’s annual revenues for the seven fiscal years from 2012-13 through 2018-19. The report included annual fees paid to the city during the same period.

The monthly average fee paid to City Hall during those seven fiscal years was $32,669, the staff report said. The report also noted that K & M Casinos has operated the 500 Club since March 2019. The four-month average of fees paid to the city by K & M was $39,601.

The staff report then explored four five-year forecasts. The forecasts’ conclusion: Depending on the level of business at the 500 Club, the city sometimes comes out ahead with the current fee deal. Sometimes the 500 Club’s owners would come out ahead.

The staff report concluded: “There are upsides and downsides of keeping the current fee schedule versus implementing what K & M is proposing. The upside for the City of implementing the proposal is a guaranteed $660,000 per year and no need to audit. K & M would be obligated to pay that amount. Under the current fee schedule, if the economy were to slow and revenues were to decline, the City could see a reduction in fees paid to the City…. The downside would be if K & M performs much better than the prior owners, the City would lose out on 10% of that increased number….”

The staff report recommended approval of the proposed amendment along with a mandate to return to the negotiating table in 2024 for another look at the deal.

The City Manager’s Office told me that the council decided to retain the current deal.