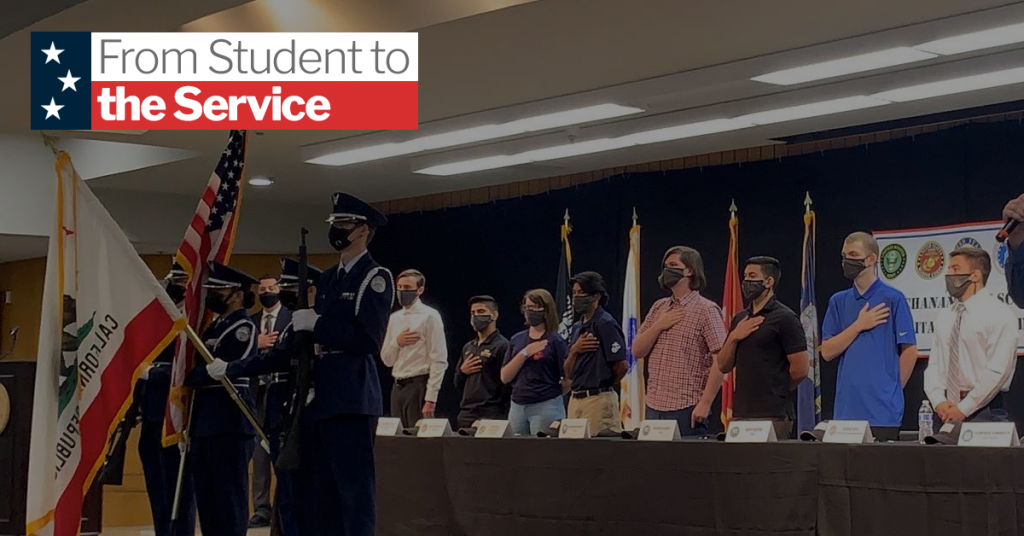 Gillen is one of four Clovis Unified School District students who have been accepted into one of the military academies.

His school of choice is the Army Academy at West Point, which was a personal decision for him based on his family’s history.

“I really want to continue my grandfather’s legacy,” Gillen said. “He was called in to serve for World War II, and I want to carry it on.”

Following in his grandfather’s footsteps has been a lifelong dream for Gillen.

While he always had the dream of attending West Point, Gillen had looked at it as a side option for some time. But as his high school years progressed, he felt that this was something he was called to do.

His call to serve was made easier with his athletics history at Buchanan, where he competed in track and field.

Gillen’s love for the Army and his athletic excellence led to him being a track and field recruit to West Point, which made the normally rigorous application process much smoother.

“I had a very interesting situation,” Gillen said. “I just sent in my letter, and they approved it immediately. I’m going for a track scholarship, and I guess they didn’t need as much, so it was very unusual.”

Although Gillen did not have to go through the typical West Point interview process because of his track and field future, he received a nomination from Congressman Devin Nunes (R–Tulare) to attend the academy.

While at Buchanan, Gillen’s favorite class was engineering, which he enrolled in through the Career Technical Education program.

“It’s a blast,” Gillen said about the class.

He plans to continue in that education at West Point, majoring in mechanical engineering.

Once he graduates from the academy, Gillen said he would like to join the Special Operations Aviation Regiment (SOAR), an aviation unit knows as the “Night Stalkers” who are recognized for their proficiency in nighttime operations.

But if that program does not work out, Gillen said he would also be happy pursuing an Army career in mechanical engineering.

Regardless of where the Army takes his career, Gillen plans to serve for 20 years before settling down somewhere quiet.

“I’m kind of nervous, but I’m very excited,” Gillen said. “I’m very curious for what the future has.”