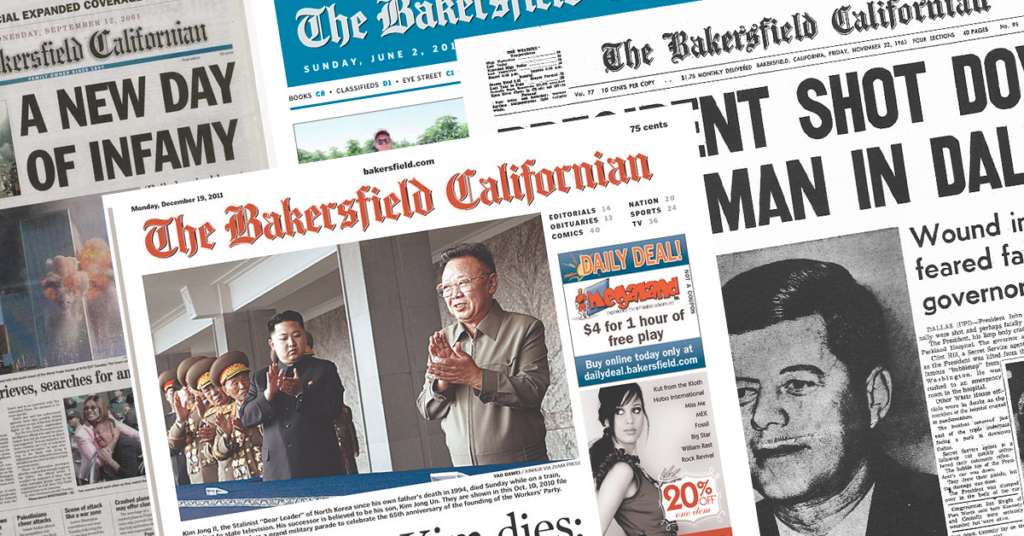 The Bakersfield Californian has been sold, the paper announced Sunday night.

In a statement to its readers, Californian owners Peter and Ginny Gowenhoven and Ginger Moorhouse announced they were selling the Californian’s corporate entity – TBC Media – to Canadian newspaper publisher Steven Malkowich in the form of a new entity named Sound News Media.

The paper has been held by the Harrell-Fritts family since 1897.

“We are honored to have been a steward of the newspaper in Kern County, and have loved being part of this vibrant community and providing it with a relevant and reliable news source,” the Californian owners said in a “note to the community.”

“The Bakersfield Californian and those it serves have given our family a deep sense of purpose for well over a century, and serving our community in this way has been a privilege and honor for all of us.”

Malkowich acquired the Palmdale-based Antelope Valley Press in 2017. The Valley Press was another family newspaper held for more than a century.

He also owns the Lodi News-Sentinel, acquired in 2015.

Terms of the deal were not disclosed. The sale is set to close on June 30.