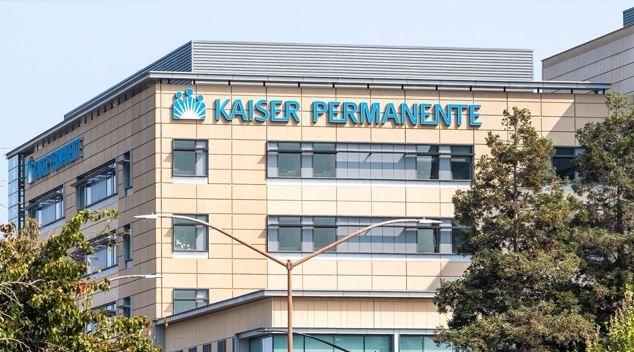 Although Kaiser Permanente recently reached an agreement with several labor unions, some of those unions are still going on a sympathy strike this week in support of another union that is still negotiating with the health care provider, in turn temporarily shutting down some services.

That was followed up with a three-year extension with the Guild for Professional Pharmacists on Monday.

Those were two of dozens of deals reached with unions recently representing over 60,000 employees, according to Kaiser Permanente.

But the hospital system is still in talks with Local 39 IUOE, a union that represents about 600 operating engineers.

Those negotiations have taken several months as the union decided to strike, keeping employees out for over two months.

“We are offering Local 39 employees wages that are similar to our other employees’ and that, on top of Local 39’s generous medical and the richest retirement benefits, will keep our engineers among the best compensated in their profession, at an average of more than $180,000 in total wages and benefits,” Kaiser Permanente said in a statement.

The health care provider said it is not proposing any take-aways in the negotiations, and the proposals do not differentiate between current and future employees. Union leadership, however, is asking for “unreasonable increases far beyond any other union at Kaiser Permanente.”

“We are optimistic that we can resolve the remaining issues with Local 39 at the bargaining table and reach an agreement that continues to reward our employees and supports health care affordability, just as we have with several unions this week,” Kaiser Permanente said.

In light of the continued negotiations with Local 39 IUOE, several unions have decided to have sympathy strikes on Thursday and Friday, something the health care provider called “not appropriate” in this case.

SEIU-UHW, Local 20 and Local 29 are having sympathy strikes on Thursday, and the California Nurses Association will be striking Friday.

Neither of those unions are currently in negotiations with Kaiser Permanente as they both have contracts, and the health care provider informed the unions that it believes the sympathy strikes break the law.

“We question why leaders of other unions are asking their members to walk out on patients on Nov. 18 and 19 in sympathy for Local 39,” Kaiser Permanente said. “This will not bring us closer to an agreement and most important, it is unfair to our members and patients to disrupt their care when they most need our employees to be there for them.”

The National Union of Healthcare Workers (NUHW) is also currently bargaining with Kaiser Permanente and will hold a one-day strike on Friday.

Senior Vice President of Hospital and Health Plan Operations Michelle Gaskill-homes said Kaiser Permanente has taken steps to ensure that high-quality health care services will continue to be provided despite the strikes.

“We have contingency plans in place to continue to provide care despite the unions’ call for staff to walk away from their patients,” Gaskill-Hames said. “Care will be provided by physicians and clinical managers with the support of trained and qualified contingency staff.”

Some outpatient pharmacies will be closed on Thursday and Friday, but all hospitals and emergency departments will remain open.

Kaiser Permanente said health care will be provided with the support of trained and qualified contingency staff in the absence of the regular employees.

“We sincerely apologize for the inconvenience caused by this labor stoppage, and we’re committed to keeping the community informed,” Gaskill-Hames said.