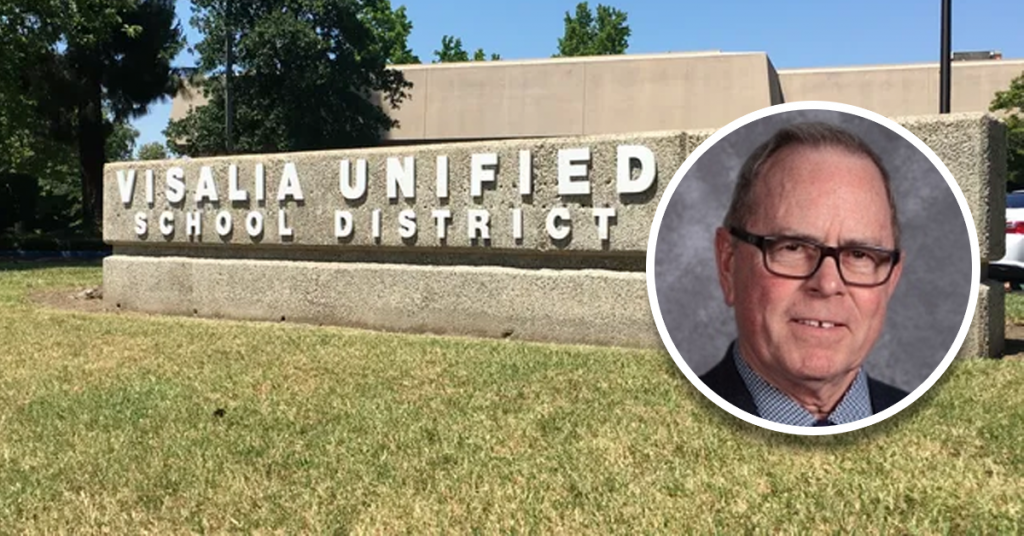 John Crabtree, the second-longest serving member of Visalia Unified School District’s board of trustees, confirmed his plan to retire from the body in the near future.

The news, first reported by the Visalia Times-Delta, comes as school districts across the Golden State face continued pressure from students, parents, and teachers over a difficult two-year response to the coronavirus pandemic.

“I have done what I feel I can do,” Crabtree told the south Valley paper. “I would have stuck around another year and maybe run again, but it has been challenging.”

Crabtree, a nearly 40-year resident of Visalia, stared down his own critics. An attempt to recall him from office last year over a budget vote was a miserable failure, to put it charitably.

The petition, which was filed in Aug. 2020, needed to be signed by 2,411 residents of his district. It was never returned with a single signature, per Ballotpedia.

First elected to office in 2013, Crabtree took it upon himself to get perspective on-the-ground, often touring schools and hearing directly from teachers, administrators, and students.

“It is amazing what you can do by just listening to people,” he remarked. “Even if you can’t do anything.”

While Visalia Unified has seen a turnover of board members in recent years, accompanied by a shake-up at the top of the organizational chart, Crabtree said the current panel “is exactly the way it ought to be, and I don’t know that we have always had that.”

With his term expiring next December, Crabtree explained his reason for the early departure from the board: he’s moving to stay close to his grandkids.

Per the paper, Crabtree and his wife are set to relocate to Idaho where his son-in-law has recently taken a position.

“My wife says that if they are going, we are going,” Crabtree joked of his grandchildren.

Visalia Unified officials can begin the process of a Board-led appointment process for a successor once Crabtree tenders his official resignation date.