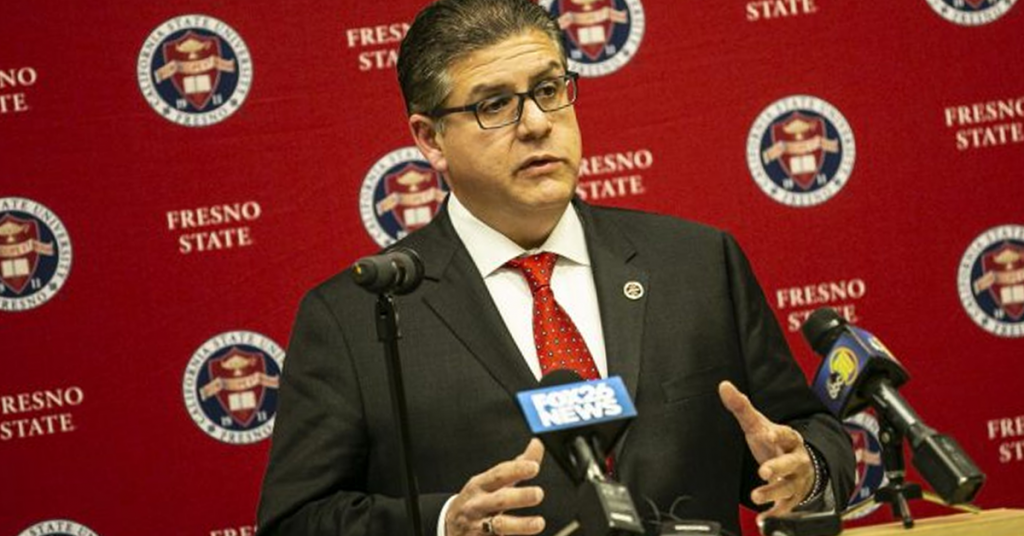 Castro resigned amid the firestorm that brewed after reports detailed his handling of sexual assault allegations levied against one of his top administrators, former Vice President of Student Affairs Frank Lamas.

Although Castro left his position atop the CSU system, an element of his separation agreement includes the retention of his retreat rights with tenure to teach at the Orfalea College of Business at Cal Poly San Luis Obispo.

The Fresno State Academic Senate is seeking to stop Castro from exercising those rights.

At its meeting earlier in the week, the Academic Senate introduced a resolution of no confidence in Castro to move into a position as a professor.

As Fresno State faculty crafted its resolution of no confidence, further reports came out this week from Gannett that Castro had nominated Lamas for the presidency at CSU San Marcos.

The nomination came in 2018, a time in which there were already several sexual harassment complaints made against Lamas.

Castro nominated Lamas in an email to then-CSU Chancellor Timothy White, saying his vice president “had been an exemplary colleague and campus leader.”

“I write to enthusiastically nominate Frank R. Lamas, Vice President for Student Affairs and Enrollment Management at Fresno State, to be the next President of California State University, San Marcos,” Castro said. “I believe that Frank’s strong, collaborative and mission-focused leadership would benefit greatly San Marcos and the entire CSU.”

Lamas was ultimately passed over for the CSU San Marcos gig and left Fresno State in 2020 with a $260,000 settlement and a letter of recommendation from Castro.

As part of his resignation, Castro received a settlement from the CSU system to serve as an advisor to the CSU Board of Trustees for one year before being able to use his retreat rights to Cal Poly. Castro will receive more than $400,000 in his advisory role.