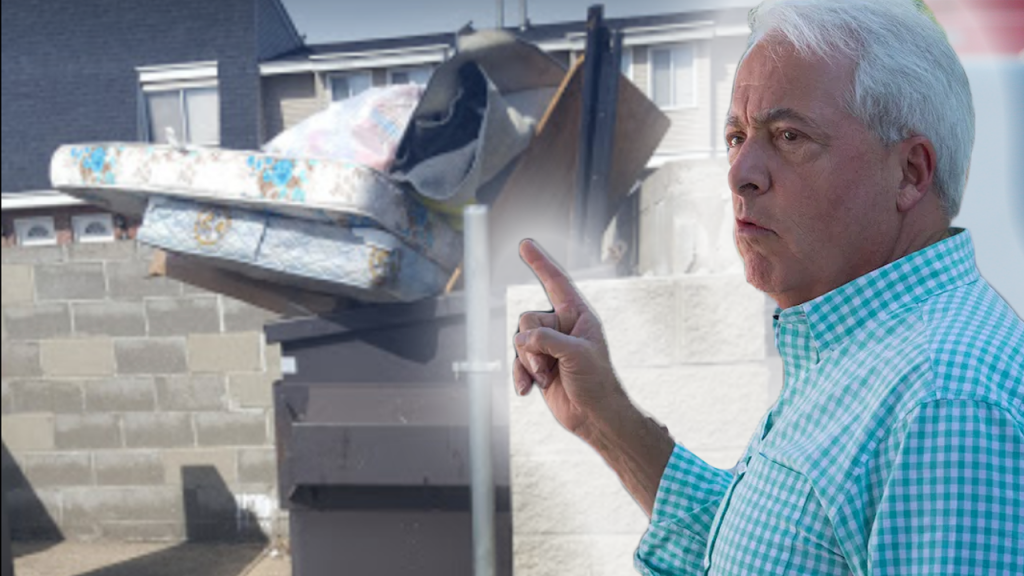 The issues come as California – and various U.S. states – faces a rental housing cliff, a combination of rising cost-of-living and the likelihood of mass evictions following the expiration of the state’s coronavirus eviction moratorium.

The average review rating from the properties is 2.6 stars, from reviews reported on Google Reviews, apartmentratings.com and apartments.com.

At the Bayhead Village apartments in Indianapolis, several tenants complained about water shutoffs and alleged that Equity Property Management attempted to scam them.

In a review, Chareece Smith said she lived at the apartment complex for about 4-5 months in 2013 and consistently had trouble with management. Two years after she moved to another apartment, she received a bill from Equity Property Management informing her that the previous manager had her fill out the wrong paperwork when she left.

“After months of going back and forth I decided to no longer fight it and pay the balance,” Smith wrote. “When I called Equity Properties to pay the balance I was quoted another price. I explained to the woman the price she had given me was not the price that was on the ledger that was mailed out to me that same week. She told me her assistant must have made a typo. I was also told I would receive a full ledger and discharge paperwork to have this removed from my credit, but I still have not received anything and when I called I was told by Maggie Stark ‘it’s not my fault you’re not getting your mail.’”

Tenants of another Indianapolis property, Castleton Manor, have had issues as well.

“The floor plans are really good but that is where it ends,” Nate Jordan wrote. “I have had multiple issues with my apartment including heath that would not turn off for months, no working AC for months, water being shut off day and night with no notice. I spoke with the office manager and maintenance staff. They are completely clueless and blame others for the issues. I finally got fed up and filed a civil suit because I should not be forced to pay full rent due to the fact that I did not agree to live in these conditions.”

Many other reviews from Cox’s other properties complained about bed bugs, rodents, raccoons, cockroaches, gas leaks, drug use and rusty water.

“You cannot drink the water, there is so much rust,” a resident of the Washington Village Apartments in Greenfield, Indiana, wrote. “The place was absolutely filthy when we moved in. Instead of wiping out cabinets, they just spray painted crumbs, sugar, etc. into them. You can see that instead of doing things like mold removal from bathrooms, they spray paint over that too.”

The first was a 2005 case involving the Krieman family, which sued Equity Property Management and Crystal Lake Apartments in Crystal Lake, Illinois, over racism allegations.

The case was eventually dismissed because the judge felt property manager Dottie Danca did not create a hostile housing environment with her actions. The Kiremans alleged that Danca referred to one of the children as the N word and “black bastard.”

The other lawsuit was filed by former Equity Property Management employee David Dobbs in 2013, who claimed his supervisor harassed him until he was forced to resign.

The lawsuit was dismissed with prejudice, which signals that Dobbs and Cox settled.

Cox has also tapped into tax credits for his rental housing complexes.

Documents from the Indiana Housing and Community Development Authority reveal that he received $564,730 in tax credits for the project.