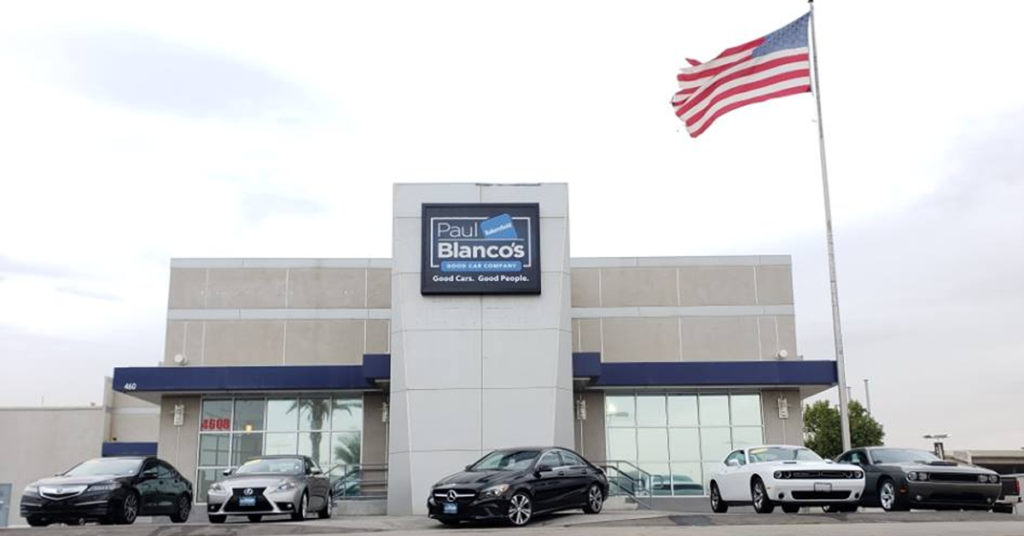 Dealership staff also misrepresented the trim-level of the vehicles to lenders, illegally inflating the value of the car.

The company also engaged in deceptive advertising, promoting a “Senior Gold Program” that was described by Becerra as a “sham.”

The company promoted the program as having partnered with a number of credit unions, when no such agreements existed, the suit states.

The dealership is also alleged to have misrepresented its credit application process, the number of lenders competing for customers’ credit, and deceptively adding-on additional products and services without the customer’s knowledge.

The percentage of add-ons accrued to Paul Blanco customers exceeded 90 percent, the Attorney General said in his suit. Most similarly-situated independent car dealers sold add-ons between 28 and 45 percent of the time.

“Far from a good car company, Paul Blanco’s abhorrent conduct put vulnerable families at risk, through deceitful advertising and illegal sales and lending practices,” Becerra said in a statement Monday. “It’s disgraceful and it’s unlawful. Working families make every dollar count. Today’s action is about protecting our families from deception and unlawful practices that swindle these dollars away, leading to unaffordable debt.”

The dealership issued a statement following Becerra’s Monday afternoon press conference, arguing that the basis of the suit was centered on commonplace marketing techniques and outdated advertising.

“It’s unfortunate that the Attorney General’s office felt compelled to file a complaint against our company today,” Putu Blanco, CFO of the dealership network, said in a statement. “We will continue to provide much-needed services to Californians without a great credit score but who must have transportation to live, work and raise a family, and look forward to our day in court.”

“Our family-run business has helped hard-working Californians who cannot afford or don’t have the credit score necessary to buy a car at other dealerships do so. Paul Blanco’s Good Car Company has rigorous controls and a culture of compliance in place to ensure California regulations are followed and consumers are protected. We will fight this misguided action vigorously to demonstrate to the Attorney General and his lawyers that our customers and California consumers come first.”

Read the suit against Paul Blanco