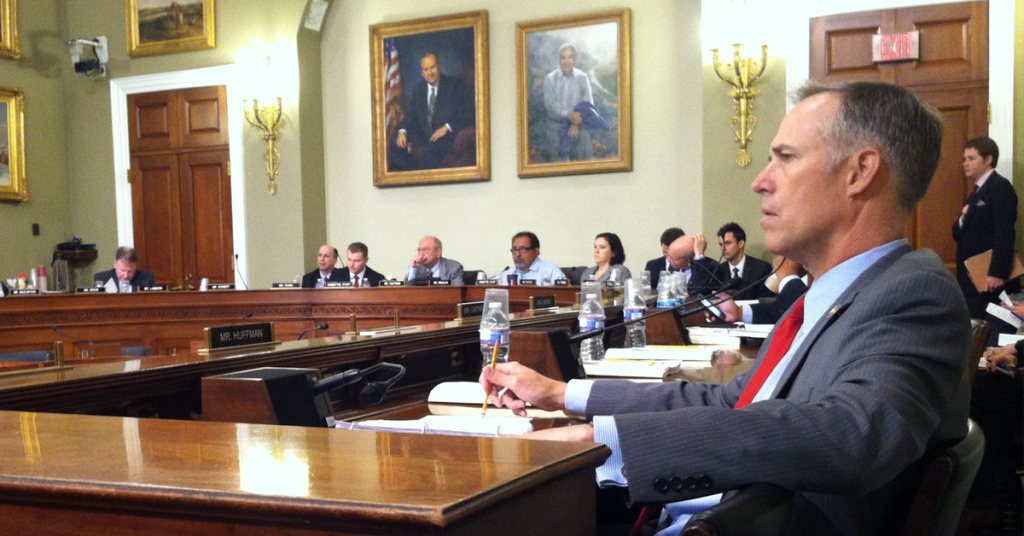 In October of 2019, the desire of the U.S. Bureau of Reclamation and the California Department of Water Resources (DWR) desire to update the biological opinions governing the Sacramento-San Joaquin was met after more than a decade of detailed data on water management, fish species management, and flows in relation to both were compiled.

New biological opinions, issued in 2019, were the result of the very latest scientific information.

That was just two years ago.

National Marines Fisheries Service and the United States Fish and Wildlife Service submitted to Reclamation and DWR that their conclusions were that the proposed action was in fact consistent with the requirements of the Endangered Species Act.

Now, a mere two years later, the Biden Administration and Governor Newsom have unilaterally decided to throw that work away and start over.

Or, in short, they are doing in broad daylight what they themselves accused President Donald Trump and his administration of doing in the cover of darkness.

The new biological opinions produced in 2019 never had a chance to be utilized.

Going into Water Year 2022, all eyes should be focused on the White House and California’s Capitol.

Governmental agencies who manage water, such as Reclamation, seem to be circumvented in a process in which they surely should have been involved.

How about useful ideologues such as Rep. Jared Huffman (D–San Rafael), formally a senior attorney for one of the most radical environmental groups in the world, the Natural Resources Defense Council (NRDC).

On August 19, Huffman alone sent a letter to the U.S. Interior Secretary Deb Haaland expressing his “growing concerns about the harmful actions taken by the previous administration regarding the CVP in California.”

In the letter, Huffman not only calls for a complete review and reversal of actions taken, but calls for the termination of people previously involved.

The key focus of the letter, again signed by him alone, is the two-year-old biological opinions.

A mere two months later, here we are throwing it all away.

We can now see how easily the entire process of updating biological opinions can simply be erased by very few people.

One can arrive at no other conclusion knowing all comments and proposals, whether in opposition or in an effort to cooperatively navigate this drought, were completely rejected.

What is not being quoted is important. There is no mention of water supply.

The ideology inside the White House and the state Capitol dictates a future with inadequate water supply, regardless of hydrology.

Hard to imagine for the rest of us knowing we can experience years such as 2017, or even 2019.

With this system of beliefs, moving forward will have an underlying current of chaos whether hydrology or lack thereof dictates chaos or not.

No mention of water supply in regards to humans, even in a below average year, spells trouble certainly for the Central Valley but will certainly be felt statewide.

Large swaths of Central Valley agriculture are almost certainly guaranteed another year of 0 percent water allocations, before our historically wettest months have even arrived.

The bottom line is simple: one Congressman writes a letter to the Secretary of Interior and less than two months later a set of two year-old biological opinions that took years to update are tossed aside.

We should understand that like the Bureau of Reclamation being used as a middle-man to pass information to water agencies and users, Huffman was likely used as a catalyst to kick start what the White House and Governor of California planned all along.

Let’s not forget, Governor Newsom filed a lawsuit against the 2019 biological opinions much like his aunt, Speaker Nancy Pelosi, voted for the Affordable Care Act. She passed it so she could see what was in it.

Newsom and his staff spent as much time studying the new biological opinions as Trump sat in the room himself, writing them.

Once again, Californians will pay the price for political hatred backed by a media who couldn’t care less about the truth.

Yet, have you ever heard anyone call the 2008-2009 BiOps the Obama BiOps? Probably not.

The travesty in the current quagmire is that we cannot stop them. But, we better be in the room.