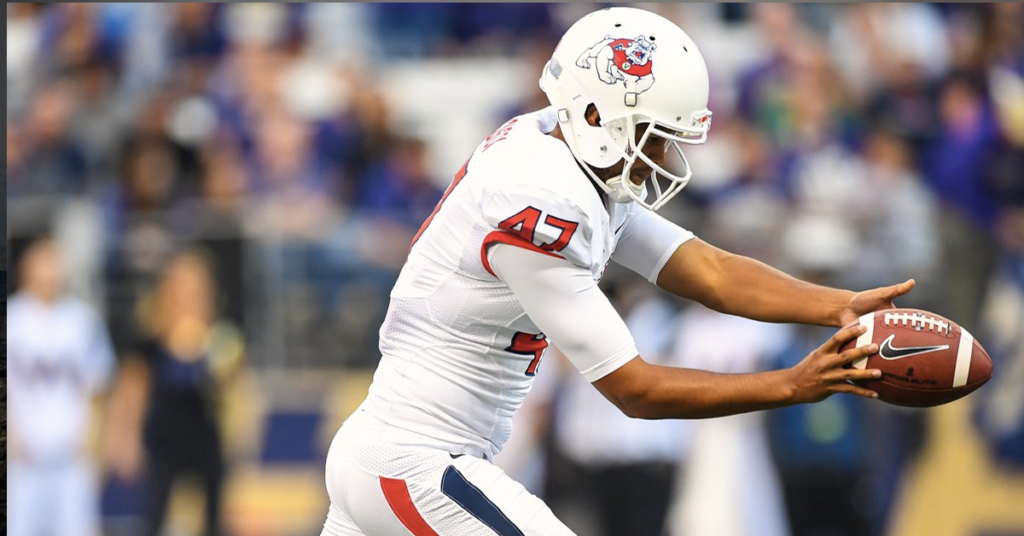 Blake Cusick was named to the watch list for the Ray Guy Award Wednesday, which recognizes the best punter in college football.

The Fresno State punter is among 26 candidates for the award on the preliminary watch list. The Augusta Sports Council will release the complete candidate list on Nov. 5.

Cusick enters his senior season as the starter for the fourth consecutive year. He’s played in 40 games as a member of the Bulldogs.

He had a career year last season. Cusick was a 2018 Ray Guy Award semifinalist, and he was also named to the All-Mountain West second team.

The Ray Guy Award winner will be announced during The Home Depot College Football Awards on Dec. 12, 2019, on ESPN.