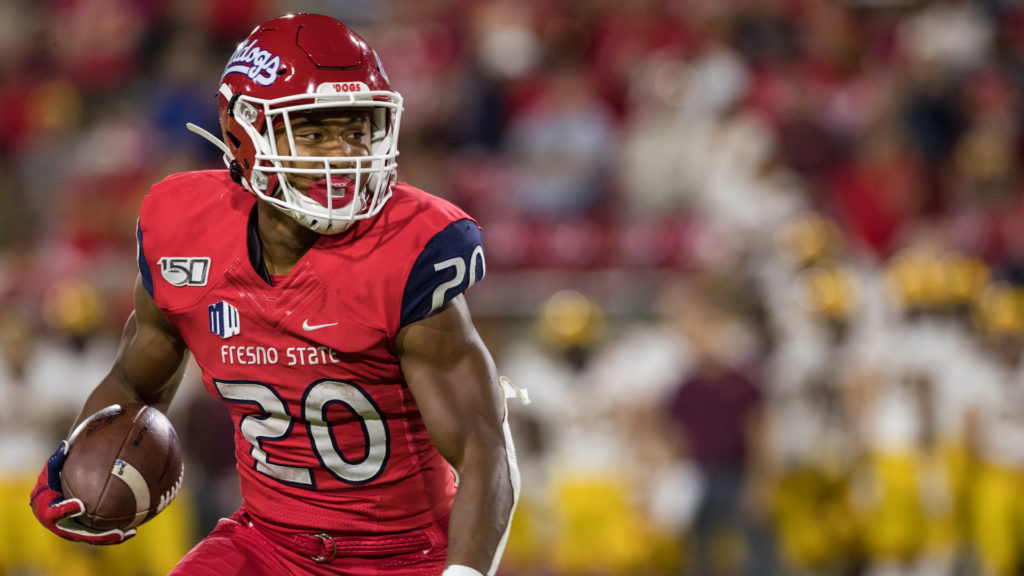 After a poor offensive performance, a defensive collapse and an injury to quarterback Jorge Reyna, Fresno State lost to San Jose State 17-16 on Saturday and finishes the season 4-8.

Fresno State started strong, and it looked like everything was going the ‘Dogs’ way early. The defense forced a Spartans’ punt, and the offense responded with a 9-play 98 yard drive that was capped with a 38 yard touchdown reception by tight end Jared Rice.

Running back Ronnie Rivers scored the ‘Dogs’ second touchdown and gave Fresno State a 14-0 lead. Rivers dominated all night and looked like the best player on the field. He led the Bulldogs with 177 rushing yards, and he was also the leading receiver with 8 receptions for 63 yards.

The offense wouldn’t score again all game. The Bulldogs did pick up a safety in the second quarter, but outside of Rivers, the offense was stagnant and showed no signs of life the rest of the way.

Fresno State held a 16-3 lead at halftime, and for as good as the defense was all night, the unit couldn’t do it all.

With just over 5 minutes remaining in the game, the Spartans trailed 16-10 and forced the Bulldogs to punt. San Jose State quarterback Josh Love led the Spartans on a game-winning 83 yard drive to take the lead.

The Bulldogs had about two minutes left to get into field goal range, but the offense only managed 18 yards and couldn’t convert on fourth down.

Reyna took a late hit out of bounds in the 3rd quarter and suffered a thumb injury. He went back to the locker room and backup Ben Wooldridge came into the game. The playbook seemed to completely disappear at that point.

Wooldridge mostly threw short swing passes or screens to Rivers in the backfield. He finished 3-5 for 13 yards.

Reyna returned to the game, but he only had 1 completion for 2 yards the rest of the game. Wooldridge came on for the Bulldogs final drive, but the backup couldn’t move the ball downfield.

Reyna finished 151 yards, 1 touchdown and 1 interception. On the other hand, Love threw for 290 yards as he led the Spartans to Victory.

Fresno State loses the Valley Trophy and finishes with a losing record for the first time since 2016.

The loss ultimately represented the season as a whole – a close game where the Bulldogs failed to finish. Fresno State finishes without a bid for a bowl game, and the ‘Dogs’ 2-6 record in the Mountain West puts them in a tie for last place in the West Division.