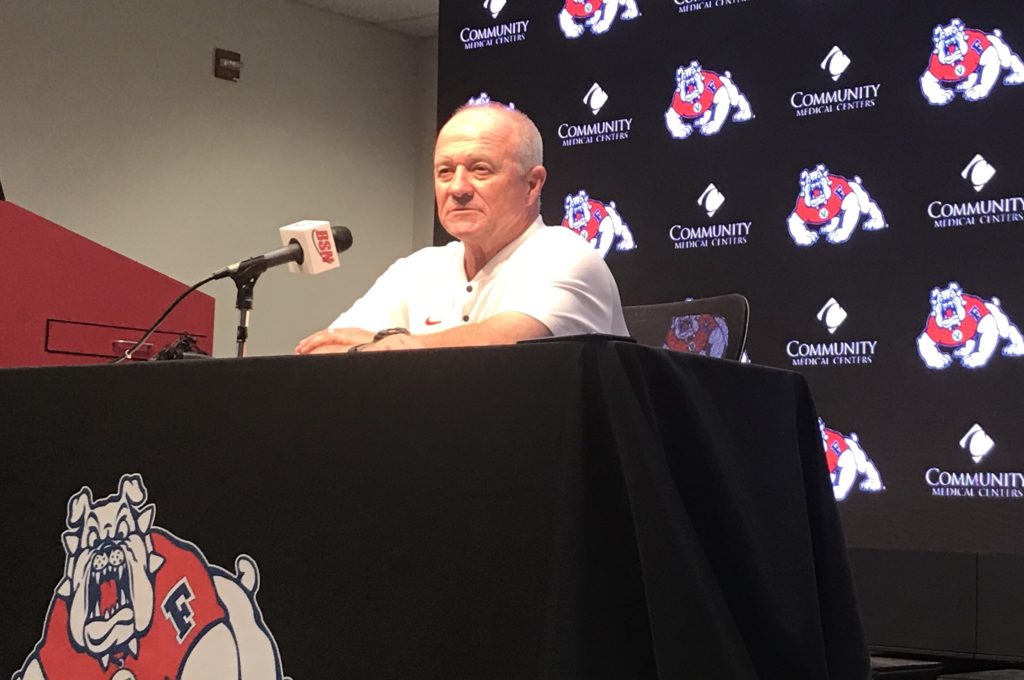 It looked like the Bulldogs had it, but ultimately it ended in a 38-35 loss that was eerily similar to last week, as well as last year’s matchup against Minnesota.

The Golden Gophers took the lead in 2nd overtime with a field goal to go up by three, bringing quarterback Jorge Reyna and the Bulldogs’ offense on the field.

Reyna took the snap and had tight end Cam Sutton streaking to the end zone on the left side,  wide open. The quarterback floated it, but Minnesota cornerback Antoine Winfield Jr. covered ground and intercepted the pass, handing the Bulldogs their second loss of the season.

“[Reyna’s] crushed by that obviously,” head coach Jeff Tedford said. “But not one play was the difference. There’s a lot of plays to be made out there. It’s a team effort. We win as a team, and we lose as a team. So there’s no laying blame on any one person at all. We’re going to stick together as a family, and we’re going to go back to work.”

“The speed of the game’s too fast out there to put a lot of air on the ball, especially when the guy’s so wide open” Tedford said. “It’s hard for a quarterback, because sometimes when guys are so wide open you’re going to say, ‘Hey, just get him the ball.’ But people move fast on the field. You’ve got to put it on him. He was wide open.”

Although Reyna made the crucial mistake, he played well. Reyna had a 68.6 completion percentage and threw for 288 yards and three touchdowns. He also added a touchdown on the ground in the fourth quarter, one that at the time looked like it would put the ‘Dogs up for good.

The defense had an up and down performance, but the ‘Dogs played with intensity and an energy that never wavered.

Running back Ronnie Rivers was the star of the game. He rushed for 76 yards, averaging 5.1 yards per carry. He was also instrumental as a receiver, catching five passes for 48 yards and two touchdowns.

The first touchdown came in the second quarter on a seam route where Rivers burst through the middle of the field and caught Reyna’s pass. The second came in the first overtime on a swing pass out of the backfield where he had to sprint past the Minnesota defender.

No players spoke with the media after the game.

Fresno State follows the loss with a bye week before returning to Bulldog Stadium to take on FCS opponent Sacramento State.

“It’s going to be a long two weeks, I can tell you that – not having another opportunity to play next week,” Tedford said. “But we’ll go back to work. We’ll practice hard like we always do. I love these kids. I have a lot of confidence in these kids, in these coaches. We’re going to stick together. There’s a lot of football left to play in this season.”