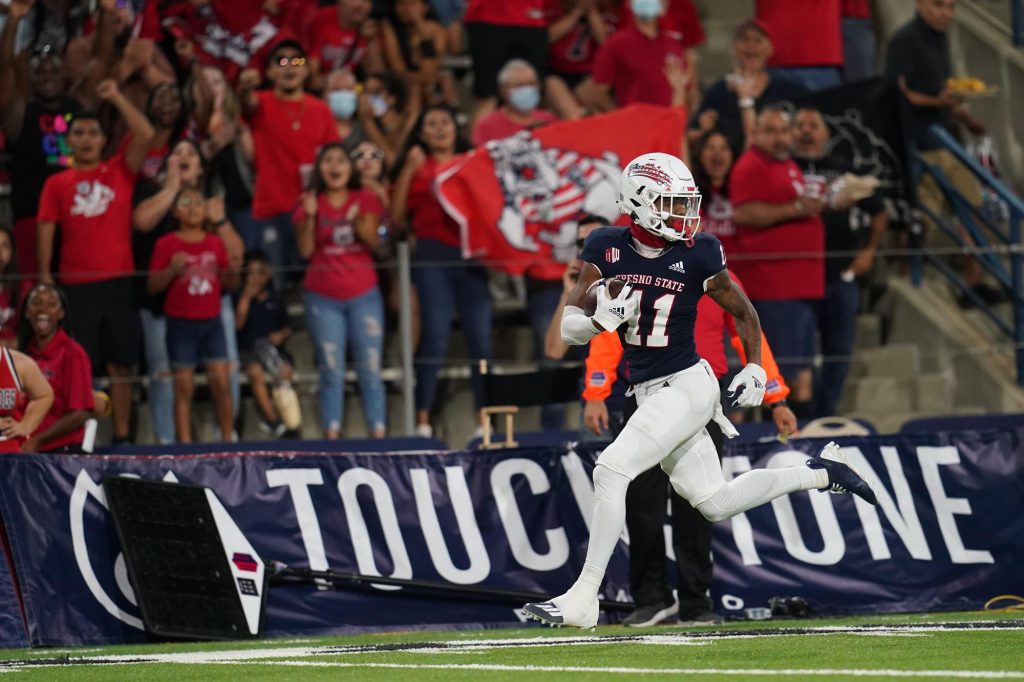 A spate of upsets across the Associated Press Top 25 rankings during Saturday’s college football matchups did enough to help the Fresno State Bulldogs climb, despite an off-kilter win against winless UNLV.

Leading the shake-up was Clemson, whose double overtime defeat to unranked North Carolina State, sent the once-No. 9 ranked team to the bottom of the rankings.

Iowa State, who sat at No. 7, was upset by the Baylor Bears on Saturday. The upset sent Baylor to No. 21 in the AP Poll and pushed the Cyclones out of the rankings altogether.

Sunday morning, the Associated Press announced Fresno State has climbed three rankings – from No. 21 to 18. – garnering 415 points from media participants.

Sitting ahead of the Bulldogs is Michigan State, who garnered 581 points from voters. Behind Kalen DeBoer’s squad? Oklahoma State with 341 points.

Fresno State continues to sit ahead of UCLA, who they knocked off two weeks ago at the Rose Bowl. The Bruins sit at No. 20, up from No. 24 in week 4.