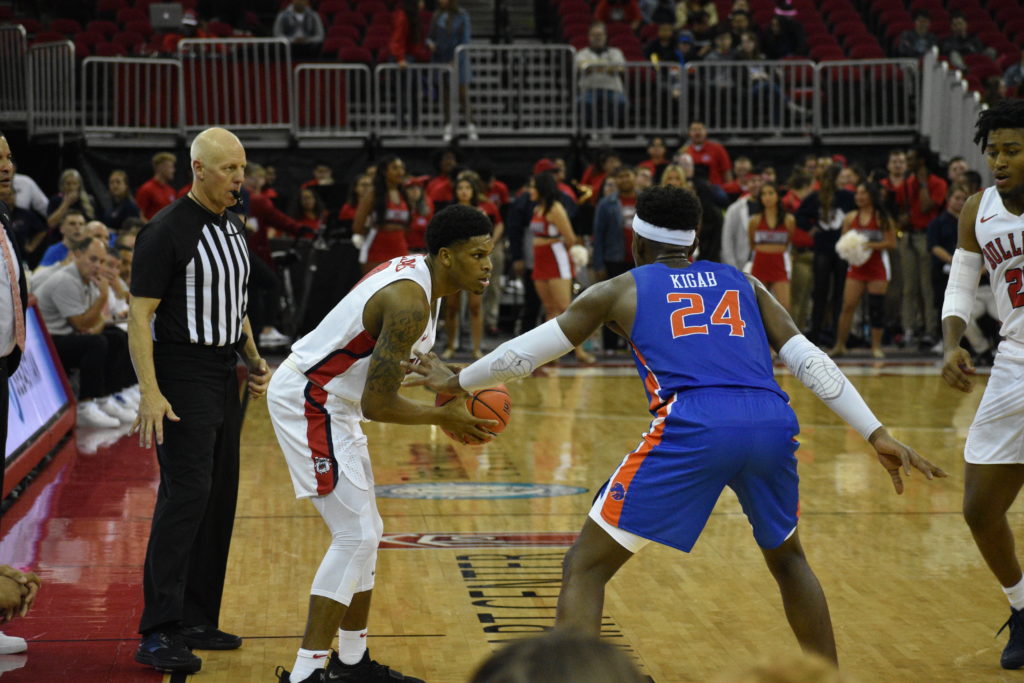 The message was clear Saturday night at the Save Mart Center: It’s going to take a miracle for the Bulldogs to make any noise in the Mountain West Tournament come March.

The Fresno State men’s basketball team had no answer for a Boise State team that sits in the middle of the Mountain West standings, losing 87-53.

Boise State handed the ‘Dogs their worst loss in a decade. The last time Fresno State had a worse loss was March 1, 2010, when the ‘Dogs lost by 37 points at Utah State.

Head coach Justin Hutson said his team had poor defensive communication in the second half, and offensively, the Bulldogs didn’t get to the second penetration enough.

Hutson said he talked to the team after the game about decision-making.

“Decisions when we get in there and drive,” Hutson said. “Do we make the extra pass? Decisions when we’re backing people down – do we make that pass? Now you don’t get any momentum – you’ve got to really go down and talk on [Boise State]. That’s an experienced group that has played together for a while, and they get the ball from one side to the other.

Fresno State was without senior forward Nate Grimes, who was suspended because of conduct detrimental to the program. The Bulldogs sorely missed Grimes, who scored 23 points in the previous game at Colorado State.

Hutson said that he will talk with Grimes on Sunday and determine if he will be reinstated in time for the next game at Air Force on Tuesday. Hutson did not give any specifics as to what led to the suspension, but he did say that it was not anything major.

“Something that he warranted not being here for a while – but he’s doing what he’s supposed to be doing, so we’ll have a chat tomorrow,” Hutson said. “We’ll discuss whether he’s going on the trip next week.”

The Broncos pulled away on a 13-0 run in the middle of the first half, and they never looked back. Fresno State was able to cut the Broncos’ lead to 9 by halftime, but Boise State pulled off a 17-2 run to put the game out of reach.

The Fresno State men’s basketball game continued its rough season. The Bulldogs fall to 6-14 overall and 2-7 in the Mountain West, placing them ahead of Wyoming as the second to last team in the conference standings.

The difference was with their supporting casts. No other Bulldog scored more than 3 points, but the Broncos had forward Abu Kigab contribute 9 points.

Kigab went on to dominate the second half to finish with a game-high 23 points while Blackwell failed to score in the final 20 minutes.

Boise State was superior in all facets of the game compared to the Bulldogs:

The only category Fresno State led in was blocks, 3-1.

Following the Bulldogs’ game at Air Force on Tuesday, they will return home to face New Mexico next Saturday at 2 p.m.