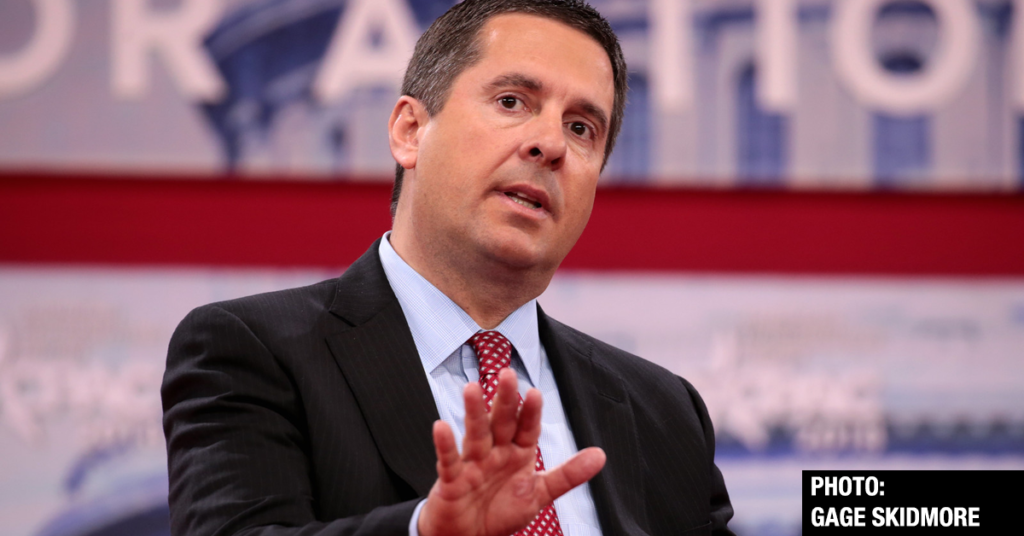 The Southern California political operative who published a number of documents alleged to have caused considerable consternation for Rep. Devin Nunes family has proved to be an elusive party in the Tulare Congressman’s latest lawsuit.

Meanwhile, Nunes is shifting gears and eyeing a bigger target in his on-going legal wars.

In a statement Wednesday, Nunes’ local attorney, Peter Kapetan, said that Michael Seeley, a political operative and defendant in the Congressman’s lawsuit in Tulare County, could not be found.

Last month, Nunes sued Seeley, along with three Valley residents – Daniel O’Connell, Paul Buxman, and Hope Nisly – in Tulare County Superior Court alleging they were involved in a conspiracy with dark money groups as part of an effort to challenge his ballot designation as a farmer.

In the suit, Seeley is noted for filing a voluminous request for public records with Sundale Elementary School District before July 2018 at the direction of the liberal nonprofit, Campaign for Accountability.

He sought emails sent by Nunes’ wife, Elizabeth, who is a teacher at the school.

Seeley ultimately published the resulting emails from Elizabeth Nunes along with other emails sent by Sundale personnel to her.

Nunes in his suit described Seeley as “gratuitously publishing the information” of teachers at Sundale (known commonly online as “doxing“).

According to the suit, the publication resulted in “extensive harassment of these innocent, hard-working citizens of Tulare County, including hateful accusations that they teach bigotry and racism.”

Reached by The Sun, Sundale district superintendent Terri Rufert declined to comment on harassing messages sent to teachers, including Nunes.

In a statement, however, Rufert and Sundale did acknowledge it fulfilled a Public Records Act request for Seeley in relation to Nunes’ emails.

“Prior to July 2018, the District received California Public Records Act requests from Michael Seeley for Ms. Elizabeth Nunes’ emails. The District responded to the request as required by law,” Rufert’s statement reads. “The District’s practice is to maintain the confidential and private nature of personnel matters, including complaints and concerns brought by employees, if any. So the District will not comment about Ms. Nunes’ or other staff members’ employment at this time. In general, the District addresses complaints and concerns brought by employees on a case-by-case basis in accordance with District policy and procedures.”

In total, the cost of Seeley’s request cost Sundale $17,445.23 in compliance and document processing costs.

Nunes’ suit against Seeley and three Valley residents notes that the school had to engage advanced security measures as a result of the publication of his wife’s emails.

Tulare County Sheriff Mike Boudreaux confirmed to The Sun that his office did provide a security detail to the Nunes family following publication of the documents.

“In the present lawsuit, one of the main defendants could not be located,” Kapetan said in a statement. “Given this and new evidence recently discovered, Plaintiff Nunes Campaign Committee has voluntarily dismissed the lawsuit.”

However, Nunes’ battle with Seeley and others engaged in the conspiracy he alleged in his Tulare County suit are being incorporated into a Federal Racketeering lawsuit to be filed Wednesday, Kapetan announced.

“Recently, evidence has been gathered that further supports Congressman Nunes’ contentions, and links one of these organizations, Fusion GPS, to the forces aligned against him,” Kapetan said.

“The facts and allegations underlying this [Tulare County] lawsuit will be incorporated into a RICO lawsuit filed in Virginia by Congressman Nunes,” he added. “Additionally, Plaintiff’s investigation and findings will be forwarded to the Department of Justice.”

Fusion GPS, led by former journalist Glenn Simpson, rose to prominence in late 2016 when his firm prepared and published a dossier alleging deep ties between Russia and then President-Elect Donald Trump.

Republicans on the House Intelligence Committee have long contended that the genesis of Special Counsel Robert Mueller III’s investigation into Russian interference in the 2016 was the Fusion GPS dossier.