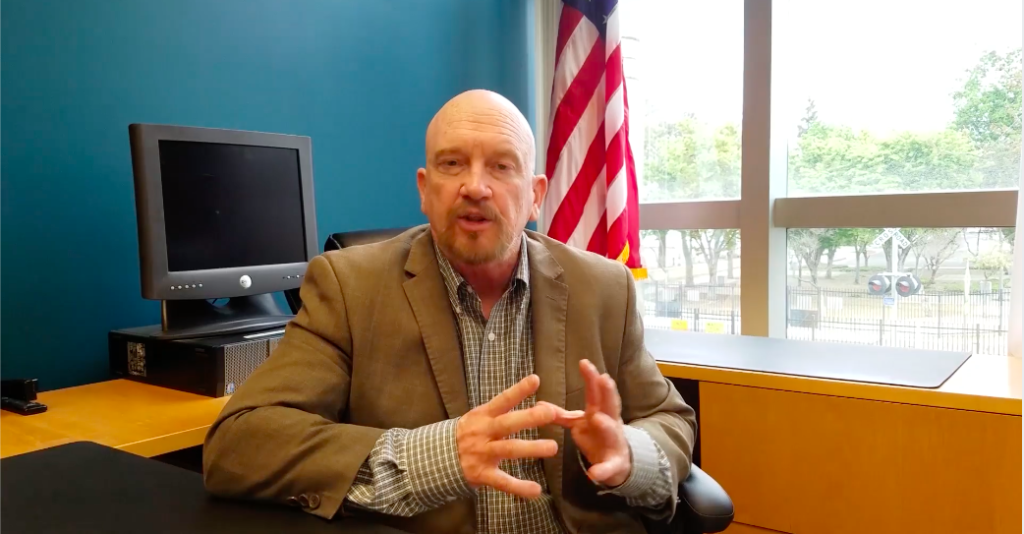 Fresno County Supervisor Steve Brandau hosted a “thank you” party on Tuesday evening at the Elbow Room in Northwest Fresno.

Brandau’s formal remarks were marked by tactful humor, gratitude and a commitment to American ideals. His remarks were brief and delivered with style. In other words, the perfect political speech.

Brandau was sworn in as District 2 supervisor earlier on Tuesday.

Brandau said everyone at the Hall of Records “treated me with such respect. I come here tonight and Council President Caprioglio gives me this bottle of wine and says, ‘If you ever get a date this will come in handy.’ See how they are over there at the Council?”

The Elbow Room’s patio was packed. Laughter rocked the place more than the wind storm outside.

District 4 Council Member Paul Caprioglio succeeded Brandau as Council President. Finding Brandau’s successor on the council dais is a chore still to be done. But all that City Hall rigmarole is no longer Brandau’s responsibility.

“I have so many thank yous to pass out tonight,” Brandau said. “I don’t believe this is about me. I believe it’s about all of us. One of my Tea Party friends said, ‘I see Democrats in the room.’ That’s the way it is in our community and in our county.”

Brandau asked himself out loud if he had forgotten anyone. The audience responded: Hizhonor! Mayor Lee Brand was in attendance.

Some seven years ago, Brandau was a small businessman with strong Tea Party connections. It was a time when Barrack Obama was cruising to his re-election to the White House. Brandau finished second in the 2012 District 2 Council primary to Pat Di Cicco. I remember there were questions on the campaign trail about how and when both candidates came to live in District 2.

Brandau won the November general election with 54% of the vote. He knew the issues. He had a vision of how municipal government fits into the grand scheme of American history. No one dared to challenge Brandau in 2016. Then came a second opportunity created by Borgeas’ ambition.

“I want to thank all of you for coming out. You have made my day. I’m very blessed to have all of you in my life,” Brandau said on Tuesday at the Elbow Room. “I think we are in goods hands in the community.”

Politics is a rough game. Brandau during his six years-plus years on the Fresno City Council was knocked about some. When necessary, he returned in kind. But persistent brawlers seldom survive long on the political scene. Brandau has won three straight elections. He knows how to build alliances for the public good.

Brandau’s closing remarks came as no surprise to me.

“I was telling the Board of Supervisors today: I grew up in Selma – born and raised in Selma. I got my first job in Clovis. I moved to Clovis and my family moved to Clovis and I’ve been in Fresno for 20-something years. So, I’ve spent my whole life in Fresno County. We have a very beautiful life in this Valley. We have unique challenges, but we also have great opportunity. I know this is a room of people that are going to help us all make that opportunity happen for everybody.

“I really appreciate each of you from the bottom of my heart. Thank you.”