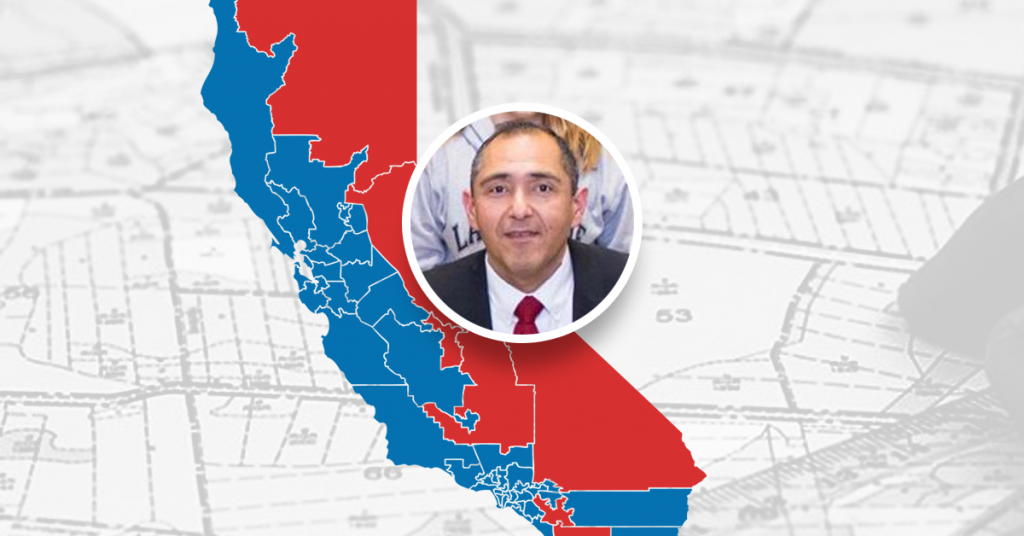 With California’s citizen-led redistricting commission assembled and tasked with redrawing the legislative boundaries for Congress and the California State Legislature, Monday morning quarterbacking has arrived.

De León, musing to McClatchy, noted that four of the 14 members of the redistricting panel of Latino descent.

Not a single one of the first eight commission members selected by California’s state auditor were Latino.

The first eight members then selected the final six members. Four of those six were Latino.

De León stressed the circumstances were far from ideal.

“The lucky eight did a good job in their final selections, amid the deck of cards that they were handed,” said former Senate President pro Tem Kevin de León. “The fact that 40% of the population could have so easily been omitted is not acceptable.”

One of the candidates in contention among the final 20 applicants was Clovis criminology instructor Richard Gallegos.

Gallegos, a Latino Republican from Clovis by way of the Imperial Valley, had his candidacy hampered by a letter written by nine community advocate groups operating in Fresno County.

Th letter broadly painted Gallegos as a contributor to a culture of racial discrimination within Fresno County’s criminal justice system.

The letter, first reported by The Sun, also loosely alleged Gallegos engaged in discrimination by pointing to his role as a defendant in a lawsuit filed against Fresno’s Sheriff’s department by a convicted sex offender.

The sex offender’s claim: that undercover Sheriff’s deputies only targeted men who were soliciting other men for sex at Fresno’s Roeding Park.

The sting operation resulting in the man’s conviction stemmed from a growing number of cases of sexual assaults near the restrooms of the park.

Gallegos, who was mentioned twice in passing in the initial complaint, had no direct role in the operation.

The former Sheriff’s Deputy, who now teaches at Clovis Community College, refuted the claims in his own letter to the State Auditor.

By then, the damage had already been done.

Ultimately, none of the Latino commissioners tasked with redrawing the lines are from the San Joaquin Valley, home to the largest population of Hispanic farmworkers in the nation.

“We shouldn’t have to beg for a spot at the table,” de León said.

It appears that the begs of a would-be commissioner from Clovis surely didn’t.