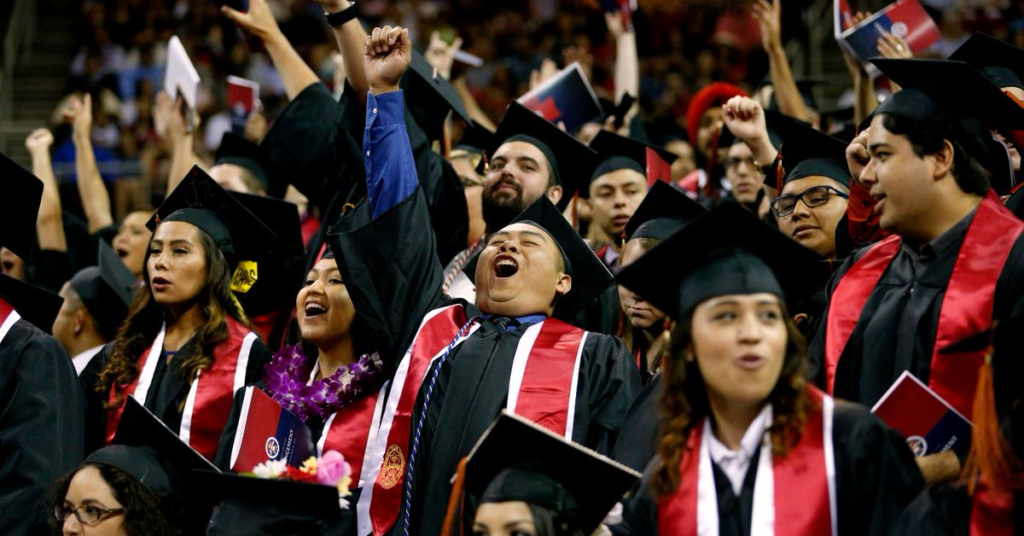 In an email to students, Fresno State President Joseph I. Castro announced that the university would no longer host its main commencement, citing a vast decline in participation.

According to the university, only two of the 23 California State University campuses will host university-wide ceremonies in 2020.

The honorees of the President’s Medal and University Graduate Medal will be recognized at a dinner held a week before commencement ceremonies.

Some students took to Twitter to express disappointment in the news.

really disappointed in @Fresno_State decision to cancel the big commencement. i had honestly planned on only attending that one and not the smaller, department-based one. a huge shame.

Meanwhile, the university’s commencement schedule for its various departments was also released:

Friday, May 15 Ceremonies · Save Mart Center

5 p.m. – College of Science and Mathematics

Saturday, May 16 Ceremonies · Save Mart Center